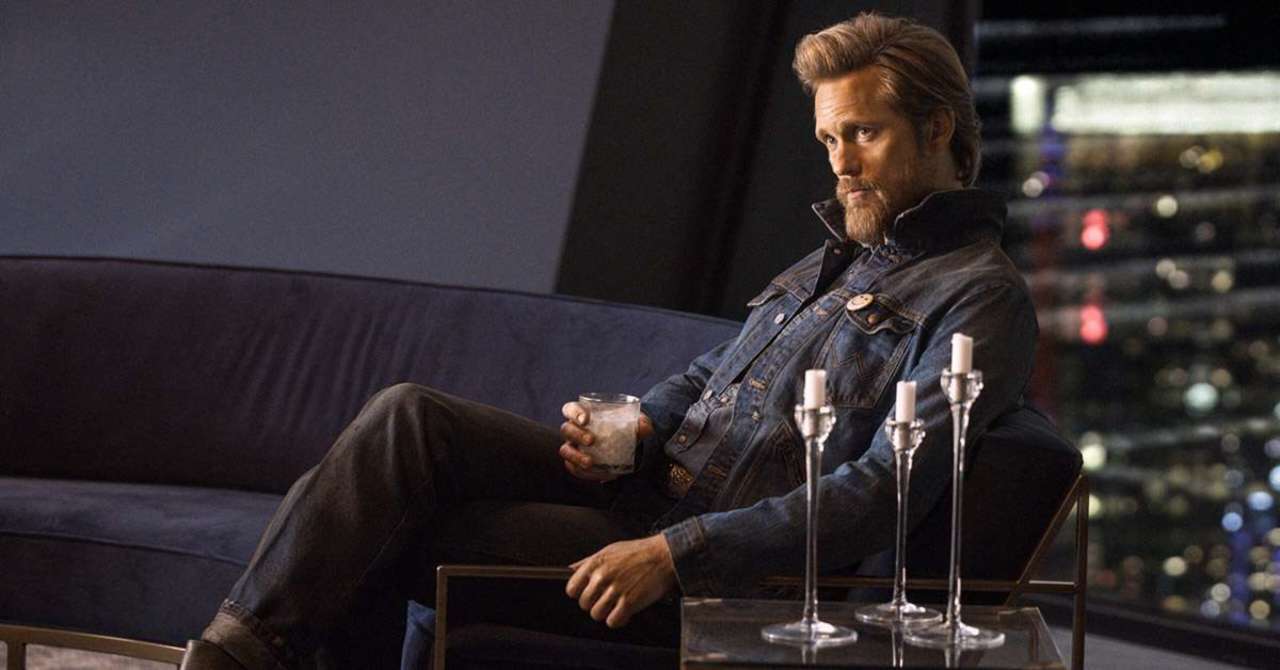 CBS All Access has released new photos from “Fear and Loathing in New Vegas”, the upcoming fifth episode of the nine episode The Stand limited series. The episode debuts on the streaming platform on Thursday, January 14th and, as the name implies, will see the story shift a bit to the group of survivors in Las Vegas — the group that just so happens to be under the control of the Dark Man himself, Randall Flagg (Alexander Skarsgard). As viewers will recall from recent episodes, Mother Abagail’s group in the Boulder Free Zone decided to send three spies into Las Vegas to try to get information on the threat that Flagg poses to them.

As the photos reveal, Flagg’s Vegas is a decadent place and will see not only the return of Julie Lawry (Katherine McNamara) and Lloyd Henreid (Nat Wolff) but will also see the debut of Rat Woman (Fiona Dourif). Rat Woman in particular marks a significant change from Stephen King’s novel as, in the book, the character was a man — Rat Man. Series executive producer Benjamin Cavell also told ComicBook.com that the series builds up both Rat Woman and Julie Lawry a bit more than their presentations in the book.

“And Rat Man who is sort of, he’s a little bit undefined in the book. It’s kind of hard to find those touchstone characters in Vegas beyond Lloyd and Flagg, really,” Cavell said. “So, we really built up the character of Julie Lawry and the character of Rat Man, now Rat Woman played by Fiona Dourif, who I had seen in Dirk Gently’s Holistic Detective Agency and thought was just a complete revelation and a genius. And you know, we just got to take her and run so that’s essentially why we made those choices. It feels like it adds so much.”

Read on for photos from “Fear and Loathing in New Vegas”.

The first four episodes of The Stand are now streaming on CBS All Access. New episodes arrive every Thursday.