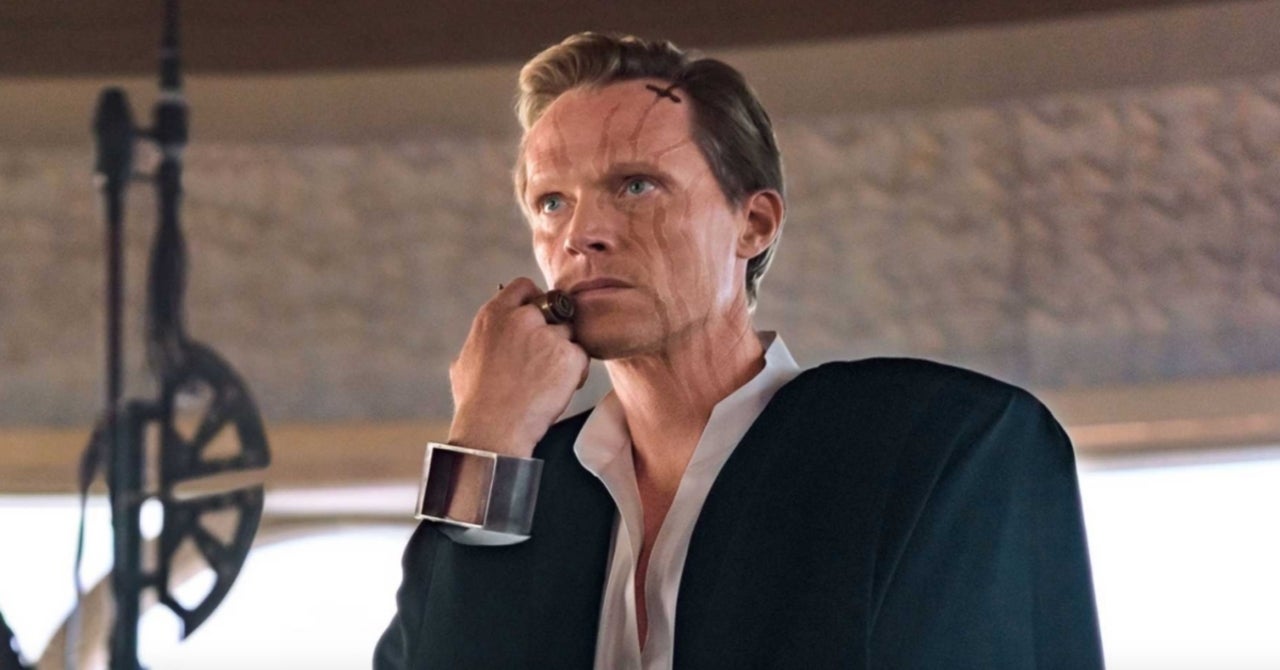 Marvel’s WandaVision star Paul Bettany says he wants to “mess around” with Dryden Vos, the gangster character he debuted in Solo: A Star Wars Story. Part of the Crimson Dawn crime syndicate under Maul (Ray Park and Sam Witwer), it was through the scarred Vos that young scoundrel Han Solo (Alden Ehrenreich) reunited with ex-lover Qi’ra (Emilia Clarke), now the criminal’s lieutenant. When a plot to make off with unrefined coaxium and Vos’ money failed, Solo’s double-cross nearly got him killed at the villain’s hand; Qi’ra rescued the smuggler by slaying Vos with his own laser-daggered weapon.

Following rumors that Disney-Lucasfilm was considering an underworld-centric Solo spin-off for the Disney+ streaming service, home to The Mandalorian and other upcoming Star Wars series, director Ron Howard said sustained fan support for a Solo 2 indicates a possibility its characters return in the galaxy far, far away.

“No rumblings [about a sequel]. This is not a spoiler or anything, but I think there is interest in those characters,” Howard told the Lights, Camera, Barstool podcast in November. “I think there’s interest in the gangster world somewhere down the line. But I can assure you there is nothing being developed right now for a movie or Disney+. But, one great thing is there has been a lot of affection shown for Solo, and so of course that keeps boding well for them to eventually turn it around.”

In December, Lucasfilm president Kathleen Kennedy announced a slate of new spin-offs set within the time of The Mandalorian, including Ahsoka and Rangers of the New Republic. Previously announced series include Rogue One prequel Andor and Obi-Wan Kenobi, taking place between the events of Revenge of the Sith and A New Hope.

Kennedy also revealed “event series” Lando is in the early stages of development at Disney+. It’s unknown if Donald Glover, who portrayed the younger version of the character first played by Billy Dee Williams in The Empire Strikes Back, would reprise his Solo role for the spin-off.