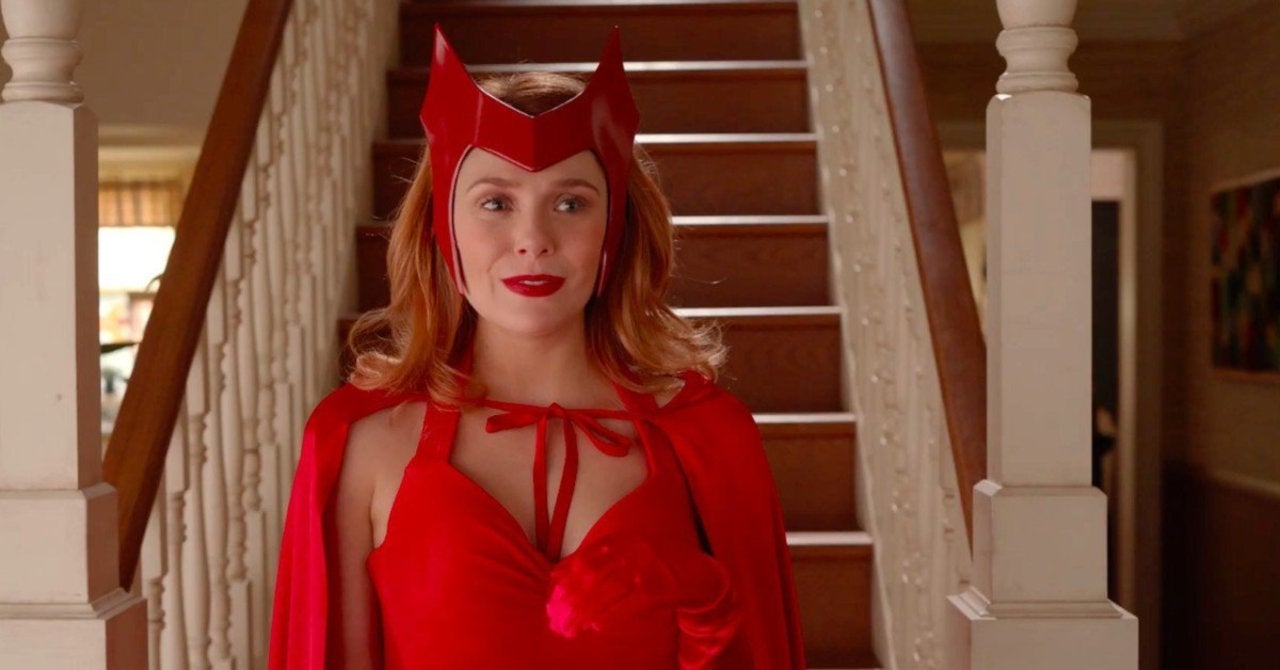 WandaVision is preparing to make its big debut this week, and that means all eyes are on the Marvel Cinematic Universe right now. The franchise will expand to Disney+ with Wanda and Vision in tow after a difficult year of delays. Clearly, fans have high expectations for what WandaVision will offer, and Elizabeth Olsen says she was able to go all-out with her exploration of Scarlet Witch in this live-action series.

Recently, the lead actress spoke with Jake’s Take about her work with Scarlet Witch and how the character has evolved. It was there Olsen said she has enjoyed crafting Wanda’s path into womanhood following her first appearance in Avengers: Age of Ultron.

“What I have loved exploring with her is developing her into a woman,” Olsen shared. “It was fun to play her at first with at that angst in the beginning and morph that angst into grief and then into accountability and then into all of the things we have to deal with [after trauma]. It’s just been fun having multiple ways of exploring her experiences and then getting to bust the doors down with this show.”

As you can imagine, WandaVision will give its heroine plenty of space to explore herself upon its debut. The miniseries promises to follow Wanda in an idyllic suburban world inspired by some of television’s greatest sitcoms. With Vision at her side, Wanda will live out the peaceful life she always dreamt about, but it won’t be long before cracks creep into the picture. Not all is as it seems in WandaVision‘s quaint neighborhood, and the secrets unraveled in this series will impact Wanda in the most shocking ways.

If you are ready to revisit Wanda in this Disney+ show, WandaVision will debut on January 15. The premiere will contain two episodes before releasing weekly afterwards. The show’s synopsis can be found here: “The series is a blend of classic television and the Marvel Cinematic Universe in which Wanda Maximoff and Vision — two super-powered beings living idealized suburban lives — begin to suspect that everything is not as it seems.”

What do you make of Olsen’s maturing take on Wanda? How do you want to see Scarlet Witch grow in WandaVision? Share your thoughts with us in the comments section below or hit me up on Twitter @MeganPetersCB.