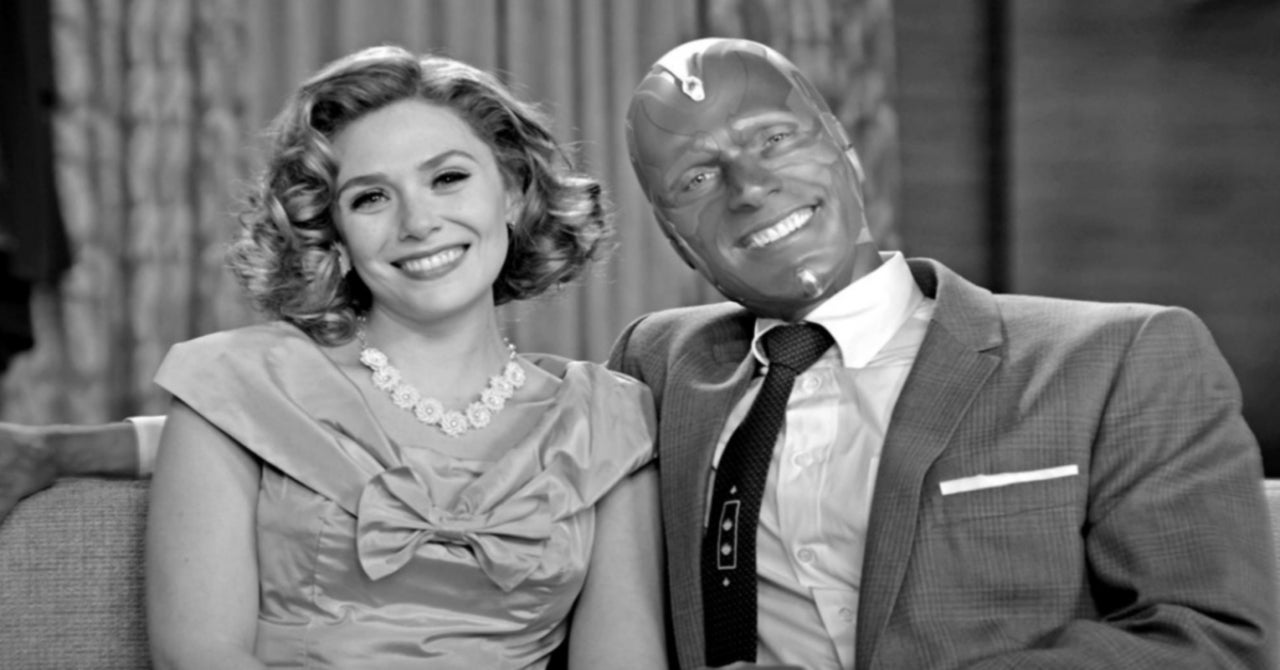 In a matter of days, WandaVision will finally get its two-episode premiere on Disney+. That means the House of Mouse is as busy as can be with the promotion of the Marvel Studios show, and will be for the next seven days. Friday morning, Marvel social media accounts released a “one week” teaser, taking fans through the different eras the show will visit, each with stylized typography matching the respective times.

As we’ve seen through the teasers so far, the Elizabeth Olsen and Paul Bettany-starring series will be paying homages to sitcoms through the years, and they’re mainly all in full display in the latest teaser as Disney begins its final push ahead of the show’s release. See it for yourself below!

In an appearance on Jimmy Kimmel Live on Thursday, Bettany mentioned the series would start off as the tributes to sitcoms of yesteryear before nose-diving into the typical blockbuster Marvel goodness. “We hurtled through the decades and we hit different genres of sitcoms and then Vision begins to think that this is getting a little weird and, in the end, you end up in [a] full, MCU action movie,” Bettany told the late-night host.

Despite being killed off in Avengers: Infinity War, Bettany will return to play the android Vision. Previously, the actor had told an anecdote where he thought his time in the MCU was done before a fateful meeting with Marvel Studios execs Kevin Feige and Louis D’Esposito.

“I got a call from Kevin Feige and he said, ‘Come and see me and Louis D’Esposito,’ and I was like, ‘Ahh, I’m getting canned,'” Bettany admitted. “I went in to see them and thought they were being generous about it and were gonna let me down gently and, to cut it off at the pass, I walked in there and said, ‘Look, guys, this has been a great run and thank you so much,’ and they went, ‘Are you quitting? We were gonna pitch you a TV show.’ And I went, ‘Ohh, yeah, okay.'”

What other surprise characters do you want to see pop up in WandaVision? Let us know your thoughts either in the comments section or by hitting our writer @AdamBarnhardt up on Twitter to chat all things MCU!