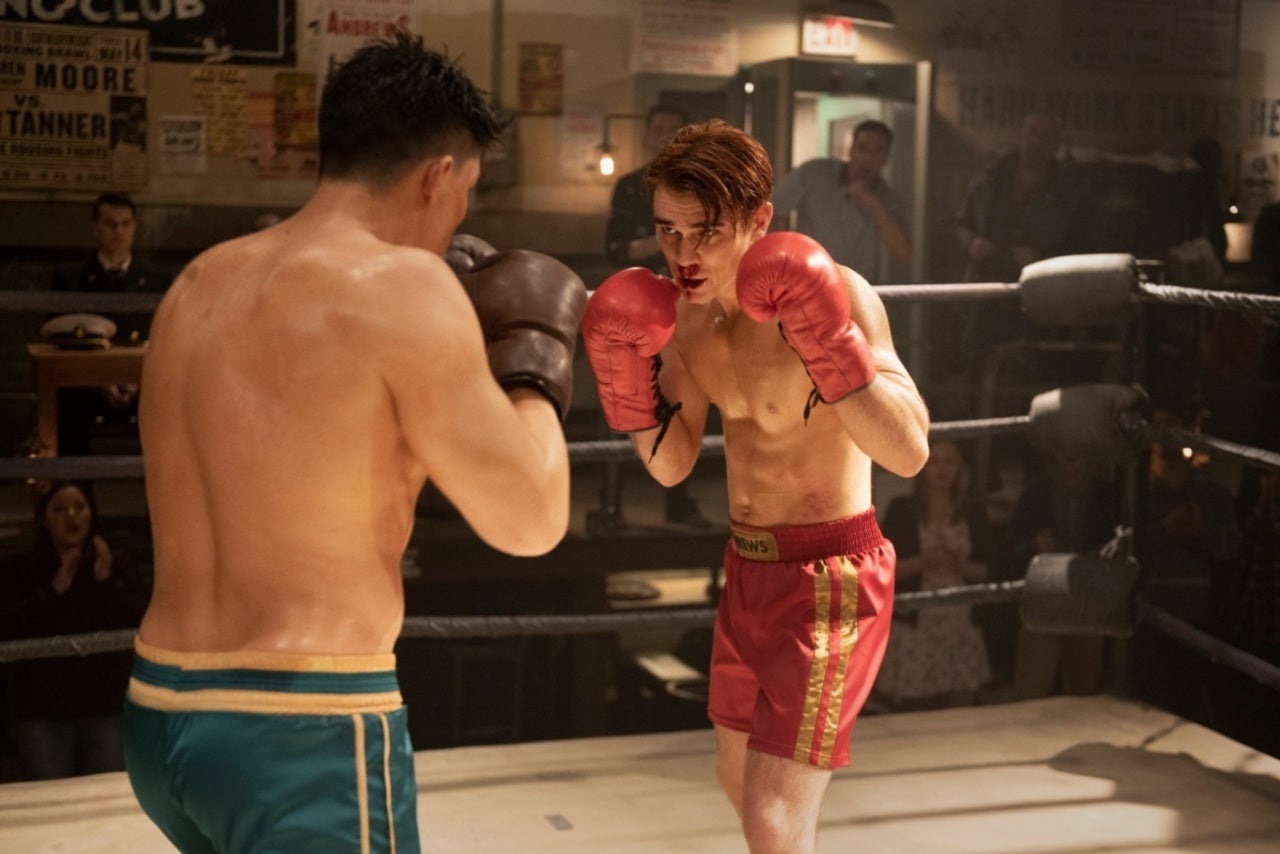 We’re just a matter of weeks away from the return of Riverdale, as the beloved series is set to debut its fifth season on The CW. The Archie Comics-inspired series was off the air for the better part of 2020, so fans are definitely looking forward to seeing what fashion the series returns in. We know that the Season 5 premiere, “Chapter Seventy-Seven: Climax”, will be featuring the ensemble preparing for and participating in Riverdale High’s senior prom — and it looks like a familiar face will be joining them. The CW has released a new batch of photos for “Climax”, which reveal that Katy Keene‘s K.O. Kelly (Zane Holtz) will be making an appearance. The photos show him engaging in a wrestling match with Archie Andrews (KJ Apa), and also showing up at Riverdale High’s prom in some capacity.

K.O.’s appearance in the episode is definitely interesting and bittersweet, especially as Katy Keene was cancelled by The CW over the summer. With “Climax” initially poised to debut last spring – prior to the series getting shut down due to the COVID-19 pandemic – it will be interesting to see what connections the cameo tries to bring between the two series. Considering the fact that the first few episodes of Riverdale Season 5 will be set five years before the events of Katy Keene – before the series undergoes a time jump midway through the season – the scenes could potentially shed a light on who K.O. was long before the events of the series.

Keep scrolling to check out the photos from “Climax”, and share your thoughts with us in the comments below!

Riverdale will return with new episodes on Wednesday, January 20th, at 8/7c on The CW.