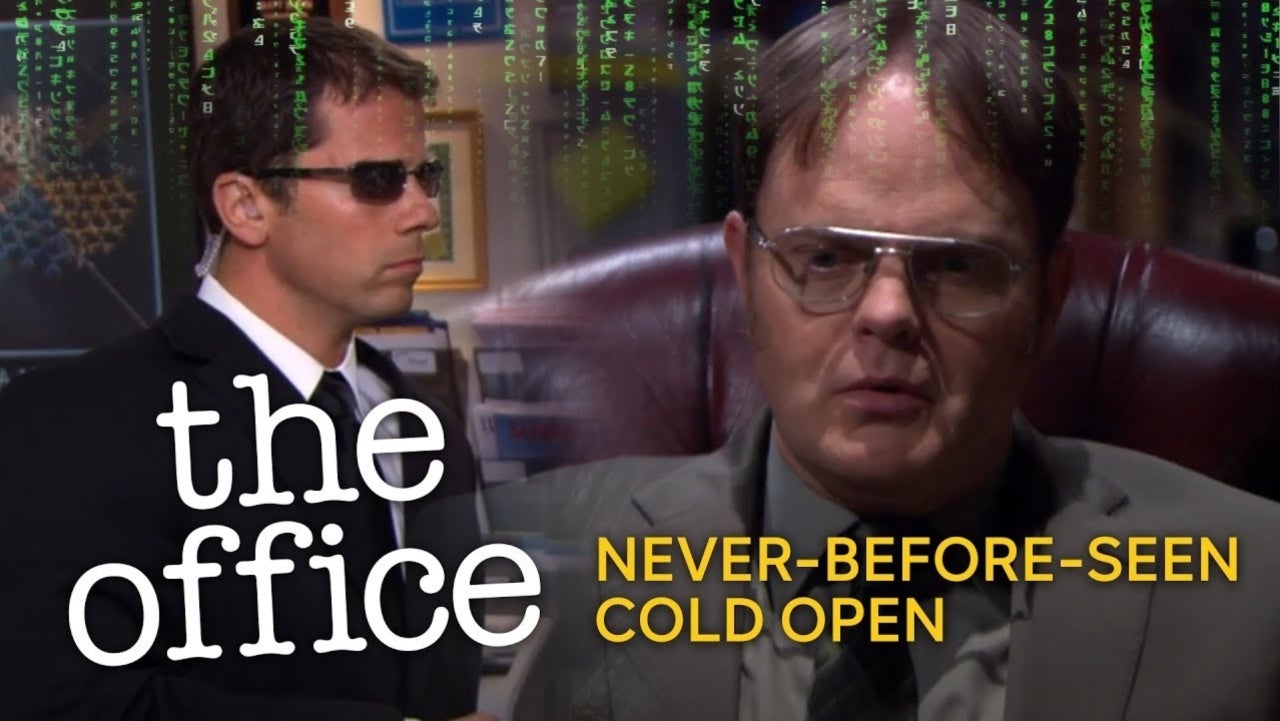 After a long and impressive run on Netflix, The Office is finally moving to its new streaming home on Peacock. Yes, there are plenty of Netflix users disappointed by the move, but there are some awesome perks that come with The Office streaming on NBCUniversal’s platform, including the addition of never-before-seen content. Peacock currently offers extended editions of every Season 3 episode of The Office, as well as some deleted scenes from throughout the series that are being revealed for the first time. The streamer released one of these scenes, a Matrix-inspired cold open, on YouTube to celebrate the arrival of The Office.

In the cold open scene, which comes from The Office Season 9, Jim and Pam team up to pull one of their most elaborate pranks ever on Dwight. They decide to convince him that he’s in The Matrix, though their shenanigans don’t exactly go according to plan. You can watch the entire scene in the video above.

The open begins with Dwight, who is the manager of the Dunder-Mifflin Scranton branch, sitting at his desk and seeing two identical cats run by his office door. He then received a Matrix-like message on his computer asking him if he ever felt that things weren’t right in the world.

It’s quickly revealed that Jim and Pam are behind the prank, and Dwight gets a phone call from someone telling him to meet them in the warehouse. It’s Hank, the security guard, but he claims to be the brother of Morpheus, the character played by Laurence Fishburne in The Matrix. After a long and impressive speech, Hank offers Dwight the choice between the red and blue pills. Much to everyone’s surprise, Dwight chooses the blue pill, explaining that he actually really loves his life and wants to keep living it, even if it’s just a simulation.

Of course, this is disappointing for Jim and Pam, who had many more layers to their scheme that all hinged on Dwight taking the red pill.

What do you think of the new cold open from The Office? Let us know in the comments! If you haven’t signed up for Peacock yet, you can try it out here.