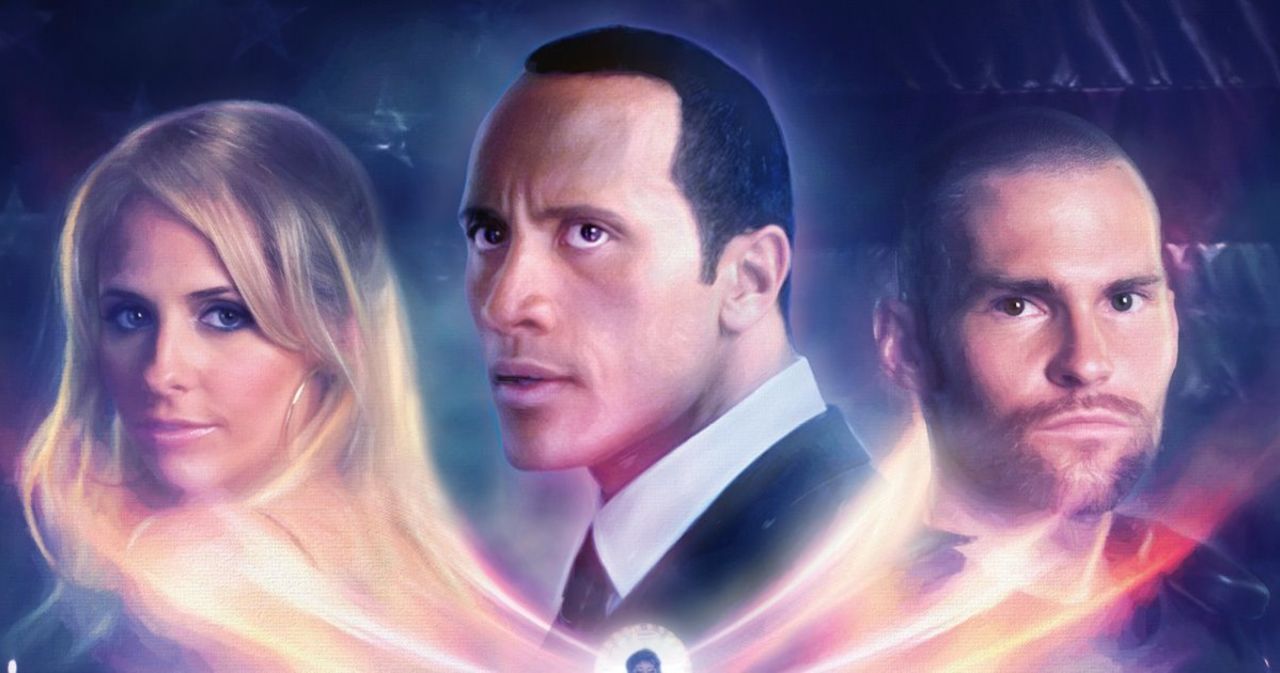 Later this month, Southland Tales — the epic, dystopian vision of Donnie Darko filmmaker Richard Kelly — will hit Blu-ray with a new transfer, and the first-ever commercial release of the film’s Cannes Film Festival cut, which has about 15 minutes of additional footage not seen in the theatrical version. Southland Tales had a famously bad festival debut, which led to the studio panicking and making changes to the movie that made things worse rather than better. Like Zack Snyder’s Justice League, what emerged was a film never fully complete, from a filmmaker with a vision that spoke to a small group of dedicated fans so deeply that Southland Tales has become a kind of cult classic since its release in 2006.

Like Snyder, Kelly had a long movie that likely needed to be longer in order to fully resonate. Kelly knows as much and, in addition to a trio of prequel comics released around the time of the film’s initial home video release, he has described Southland Tales sort of like the original Star Wars trilogy: it’s the middle third of a larger story.

And, like Snyder, there is a decent chance that against all odds, Kelly could get another bite at the apple with Southland Tales thanks to the ever-expanding marketplace for content that speaks to a niche audience.

“There’s been a significant amount of work done on revisiting Southland Tales,” Kelly revealed during a recent interview with ComicBook.com, most of which will run later this month. “I’m actually putting together a polish on what I’m putting together, which is a polish on it, which is using the graphic novel prequels that were published….You’ll see in the existing version of Southland Tales is chapters 4-6, so there’s basically a prequel companion film that could, if it’s made, theoretically continue onward into an expanded version of the existing film with new footage, and the most ideal version it would basically be a six-hour film, split in two, and within each film there’s 3 chapters. So it’s like a six-chapter story, but it would be presented in two epic movies, like a big double feature, that in an ideal world could exist on a streaming platform of something that is more amenable to these sort of long-form stories. If people want to skip forward to the chapters, they would have that option, but in an ideal world it would be presented as a six-hour project split into two big feature films. There’s definitely been an enormous amount of work that I’ve done taking the graphic novels and expanding them and adapting them into new screenplays, which is the first three chapters and then new material that would be incorporated into the existing film. So that is like the most exciting and ambitious version of what I would love to do with Southland Tales, and obviously there’s all sorts of caveats and questions surrounding all that, but it’s been very therapeutic for me to do the work and to try and put it together and have it ready for people to look at and to decide whether that’s something worth pursuing. I’m very excited by it and I feel like there’s definitely a lot more there in this world, that’s worth of exploration, and there’s a lot of new, surprising things that I think could really make it a much more satisfying experience. It was never really going to be a satisfying story within the parameters of a single feature film; it was just too much to fit into those parameters.

And, yes, Kelly is aware that this sounds a bit like what filmmaker Zack Snyder is doing with his Justice League director’s cut on HBO Max. He is not setting it up to emulate Snyder, and has been working on this since before details of Zack Snyder’s Justice League became widely known.

“We are entering into a new world of digesting narratives, and with the sort of streaming platforms, we have sort of trained the audience into being more open to digesting longer stories that sort of exist in that netherworld that exists between a feature film and a long-form television series,” Kelly explained. “You see what Steve McQueen has just done with the Small Ax anthology on Amazon and you’re seeing what Zack Snyder is working on with Justice League, and I think that if you have a film that can’t really exist normally in the traditional theatrical distribution space, that has these running time requirements, you look at what Scorsese did with The Irishman. These are films that need to exist in a streaming platform but they’re still films. They have the authorship of they’re all directed by the same person and the same screenwriter and the same cinematographer. That’s what’s most exciting about the streaming revolution that we’re experiencing right now, is maybe we’ll start to expand the definition of what a film is. If it has a single director and a single screenwriter and it meets the general criteria of what a film is, I think we can maybe see an expansion of that definition. Even the way the Oscars are changing their rules in terms of streaming and eligibility, the streaming world can maybe start to imagine what a feature film is. I’m trying to embrace all this change with a positive attitude and if it affords me the opportunity to revisit something like Southland Tales…that’s very exciting to me, and I’m going to lean into that and I”m going to do the work and do my best to try and sell everyone on the idea.”