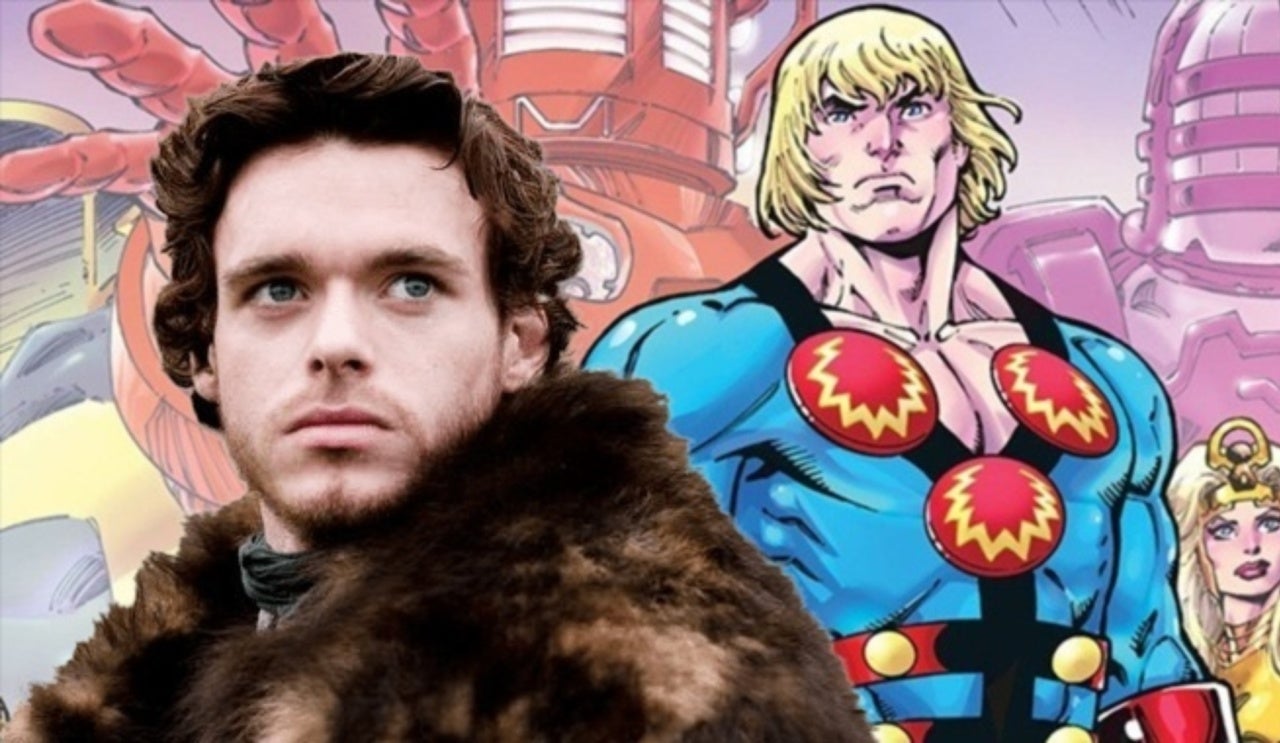 Marvel’s Eternals is supposed to hit theatres at the end of the year, and fans have been eagerly waiting to see a trailer for the long-delayed movie. We’ve gotten some recent peeks at the characters thanks to some Marvel merchandise, and the latest reveals a new look at Ikaris, the character played by Game of Thrones‘ Richard Madden. A Twitter account dedicated to sharing news about the upcoming movie recently shared some photos of an Ikaris action figure, which shows a closer look at the character’s suit.

“Richard Madden’s Ikaris,” @ETERNALSnews shared. “Suit definitely looks good here and you can see Kirby influences while it’s modernized. This is why it’s important to not go off certain toy designs and concept art when you haven’t seen it clearly and haven’t seen footage of it either.” You can check out the images in the tweet below:

Suit definitely looks good here and you can see Kirby influences while it’s modernized. This is why it’s important to not go off certain toy designs and concept art when you haven’t seen it clearly and haven’t seen footage of it either.

The Eternals are nearly immortal beings created by Celestials. Throughout the comics, they have had a presence on Earth and have even helped shape major events throughout human history. They live in secret but are not oblivious to everything that has happened since the formation of the Avengers.

Back in November, promo art reportedly surfaced online showing a new look at Nanjiani’s character, including details about the film’s plot and the villainous Deviants. The translation via TheDirect reveals new tidbits about the Eternals and their roles in shaping human history “since the dawn of time.” You can check that out here.

What do you think of this Ikaris action figure? Tell us your thoughts in the comments!

Eternals is currently scheduled to (hopefully) hit theaters on November 5, 2021.

Marvel’s Kevin Feige: It’s “Sad” Robert Downey Jr’s Iron Man Won’t Meet the Fantastic Four’s Reed Richards
Peaky Blinders Season 6 Will Be The Final Season
Falcon and the Winter Soldier Star Anthony Mackie Insists He Has a Better Ass Than Chris Evans
Ryan Reynolds Shares Heartfelt Message for Deadpool Fan With Cancer
Why Marvel’s Kevin Feige Was Wary of the MCU Blip Before It Had a “Direct Parallel” to the COVID-19 Pandemic