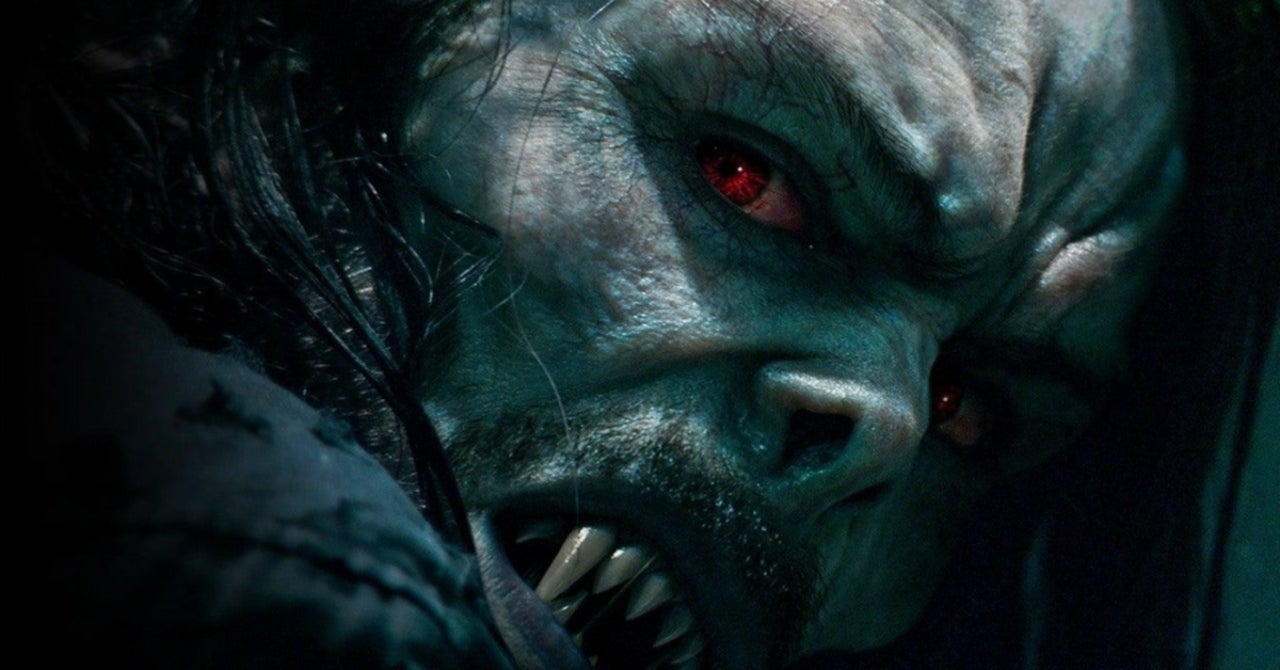 Morbius star Jared Leto reveals what sets his Spider-Man spinoff apart from most superhero movies when it expands Sony’s Universe of Marvel Characters — and what makes the big “popcorn movie” scary fun. The Suicide Squad star plays biochemist Dr. Michael Morbius, who is stricken with a form of vampirism when he undergoes an experimental process to cure his rare blood disease. Now a living vampire who satisfies his bloodlust by preying on criminals, Morbius’ super-human transformation makes him a target for FBI agents Alberto Rodriguez (Al Madrigal) and the metal-armed Simon Stroud (Tyrese Gibson).

“[It’s] a Jekyll and Hyde story that’s just big and fun, and sometimes is a little scary, which is, I think, different for that genre,” Leto told Variety‘s Awards Circuit podcast. “And I’m excited about it. That should be a big, fun popcorn movie.”

Leto’s second comic book role after the Joker in Warner Bros. and DC Films’ Suicide Squad, the sometimes enemy and sometimes ally of Spider-Man is a “pretty complex character” even before he’s augmented with supernatural abilities.

“That’s what I was really attracted to. This is somebody who has a lot of conflict in his life,” Leto previously told IGN. “He’s a guy who’s born with this horrible disease and is really a gifted person. When he was young, he was very curious about science and medicine and decided to dedicate his life to find a cure for the disease that he’s afflicted with and that others like him have, as well. But along the way, all hell breaks loose.”

Torn between man or monster, Leto’s Morbius is the SUMC’s next conflicted anti-hero after Tom Hardy’s symbiote-powered Eddie Brock in Venom.

“There’s a line in the film where Morbius says that he’s been dying his entire life and now feels more alive than ever. I think that sums it up,” Leto said. “Here’s someone who’s been afflicted with this horrendous disease and has had all kinds of challenges and has been in pursuit of this cure. And then all of a sudden has this power and this physical strength, which is all incredible, but there is a flip side to it, as well.”

“There’s a dark side,” he added. “So that battle between the light and dark is something that he fights throughout the film.”