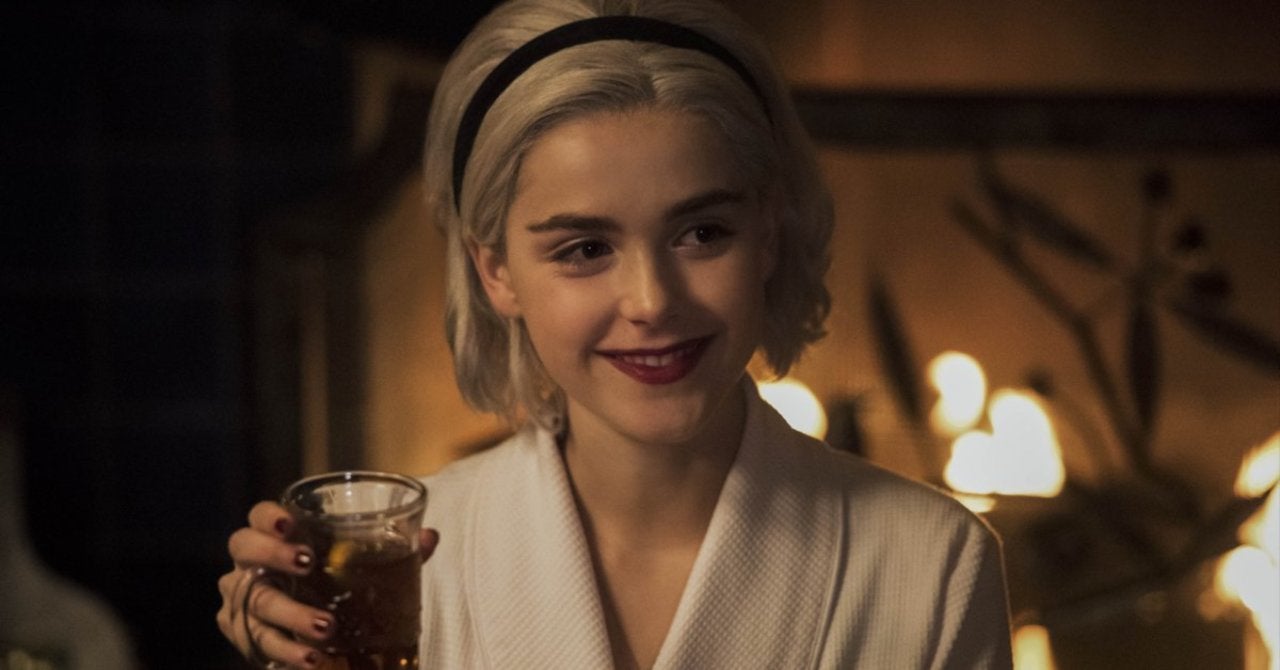 The Chilling Adventures of Sabrina has come to an end after four seasons, and it was quite the wild ride. Now that fans have had a chance to see the series finale, many are processing the unexpected turn of events the episode contained, and now star Kiernan Shipka has also weighed in on the big series finale. Spoilers incoming so if you haven’t watched the fourth season yet you’ve been warned. Those who watched the finale know that Sabrina sacrificed herself to save the people trapped in her void and to end the void she had accidentally brought back with her once and for all, and while she did get to live out her life in peace in the afterlife, Shipka had thoughts on Sabrina dying.

“I was very surprised. I think I sort of had the same mentality as everyone else, which was Sabrina can’t die. She is Sabrina. She can’t die. And then I was like, ‘Oh, there’s no more pages. I think that’s it,'” Shipka told ET. “But it’s a dramatic ending.”

“At the end of the day, I think that what it represents is she is truly a selfless soul, and she sacrifices herself for the greater good which is very hefty. And I think it hit me emotionally quite a bit. It’s not an easy ending to just digest. There is a lot of meaning and impact behind it and how we wish to read into that. But above all else, I was completely surprised,” Shipka said.

This was actually one of four endings written for season 4, as the writers didn’t know if it would be the final season. While death ended up being the ending they went with, Shipka thinks Sabrina could still come back to the world of the living.

“The character does not belong to me solely. It belongs to the fans and it belongs to the viewers, and if people wanna watch the finale and think that she ends up in the sweet hereafter with Nick, then amazing,” Shipka said. “I will say I think she’s pretty savvy and could find her way back to Greendale if she chose to. And I think just because I love her so much, that’s what I want to think happens.”

“I hope that other people feel like it’s not the end of Sabrina, but just the next phase of whatever kind of crazy life or afterlife she may lead. Anything is possible in the world of Sabrina,” Shipka said. “So, that’s sort of where I sit with it. I hope that she gets back.”

Shipka also feels like the character can still pop up on Riverdale or a movie, and there’s obvious fan support for both.

“Look, I think we can still go to Riverdale. I think I’m holding out hope that she just pops up and is like, ‘Oh man! I landed in the wrong county!’ But ends up getting trapped there for a little bit,” Shipka said. “I think that would be funny. And I would absolutely love [a movie]. I think I’ve certainly seen and heard the fan cries and I’m with everyone. I love this character and I love those people so much that whatever we can do to wrap it up for the fans and keep it going and keep Sabrina alive… would be great.”

While she doesn’t love that aspect of the ending, she is a fan of season 4 as a whole.

“It felt very earned and it felt very grounding,” Shipka said. “That moment, I was like, oh my goodness, the past two years have flashed by my eyes and now I’m here doing this with Gavin [Leatherwood]. The same shot that I was doing month one as a little baby 18-year-old not knowing what she was getting herself into and that, to me, it was really special. It was very special.”

The Chilling Adventures of Sabrina season 4 is available on Netflix now.