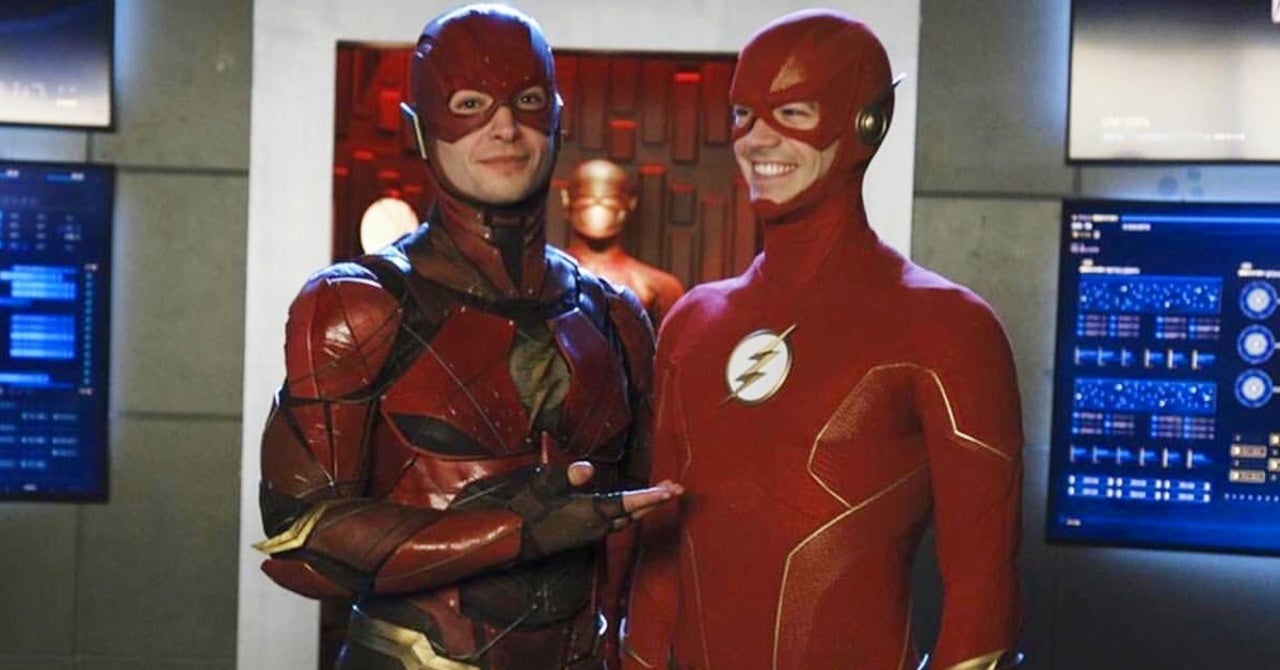 Just over five years ago on The Flash, The CW debuted “The Flash of Two Worlds,” a loose adaptation of the ’60s The Flash comic book issue of the same name. Introducing a character believed to be Jay Garrick, the Flash of Earth-2, the series introduced the concept of a multiverse, something that became increasingly important not just to The Flash but to the other series in the Arrowverse as well, from Arrow and Supergirl to DC’s Legends of Tomorrow and Black Lightning. Long thought to be a prohibitively confusing concept for the casual audiences needed for comic book movies and many comic book TV shows to turn a profit, the multiverse has since become so mainstreamed in superhero stories that both Marvel and DC have big, universe-hopping epics coming in the next couple of years.

To be clear, The Flash didn’t invent the multiverse concept, and it wasn’t even the first big, crowd-pleasing property to play with it in live action. Star Trek, for starters, has explored the concept plenty over the years. Time travel movies, too, tend to at least flirt with the concept, as you can see Marty McFly existing through various iterations of 1985 and 2015.

Still, for a long time the conventional wisdom by producers and other executives seemed to be that the idea of multiple parallel Earths was a fairly hard sci-fi concept to sell to superhero audiences, considering that Superman, Batman, and Spider-Man were among some of the most mainstream properties ever to make their way to the big screen. When you need to earn $1 billion just to break even, it’s easy for executives to get spooked when they perceive anything as a potential barrier to the audience engaging with or understanding the content.

Enter The Flash — a series so popular on The CW that it actually managed to eclipse the ratings for anticipated shows like Marvel’s Agents of SHIELD on other, more accessible networks during its first season. The show was never the kind of massive hit that The Walking Dead was, but in terms of superhero TV, it earned a pretty significant audience and largely won them over, with solid reviews and awards to show for it.

Through The Flash, time travel and the multiverse became commonly understood concepts among the millions of people who watched the Arrowverse shows on The CW, and by extension started to seep into the broader conversation about superhero TV.

The pilot also established the coming of the Crisis on Infinite Earths, which ultimately set up the TV event that seems most analogous to what The Flash is doing (and Spider-Man 3 is increasingly rumored to be doing as well). Bringing together generations of actors from previous incarnations of the DC Universe, the Crisis even tied the current slate of DC films into the Arrowverse, giving DC a broad view of the multiverse that didn’t stop at the edges of a single network, a single production team, or even a single medium. Shortly after, Warner Bros.’ Walter Hamada, the man in charge of charting the direction for DC’s films, not only openly embraced the multiverse and suggested that it meant anything could happen and anyone could appear anywhere…but he even suggested that it’s possible The Flash — the movie, not the show — would reference Ezra Miller’s cameo in “Crisis on Infinite Earths” when it comes to theaters.

In the meantime, Sony beat both Marvel proper and DC to the theaters with the concept with Into the Spider-Verse, a movie that so completely mainstreamed the multiverse concept that it almost immediately raised the question of whether Sony and Marvel would attempt to do the same thing in Spider-Man 3 (it looks like yes).

Would that have happened without The Flash? It’s very possible, although it may have been a harder sell to sink $100 million into something if you didn’t already have recent, similarly-themed proof of concept that it wouldn’t alienate the audience.

In the same way that the ’50s Adventures of Superman and ’60s Batman TV shows laid the groudnwork for broader cultural acceptance of Batman and Superman in live action, The Flash seems to have given TV audiences a taste for the weirder and wilder notions of comics. Now, the feature films that represent the biggest and most mainstream view of superheroes in America are starting to catch up, and it’s going to be strange and fun to see how far they’ll take it.