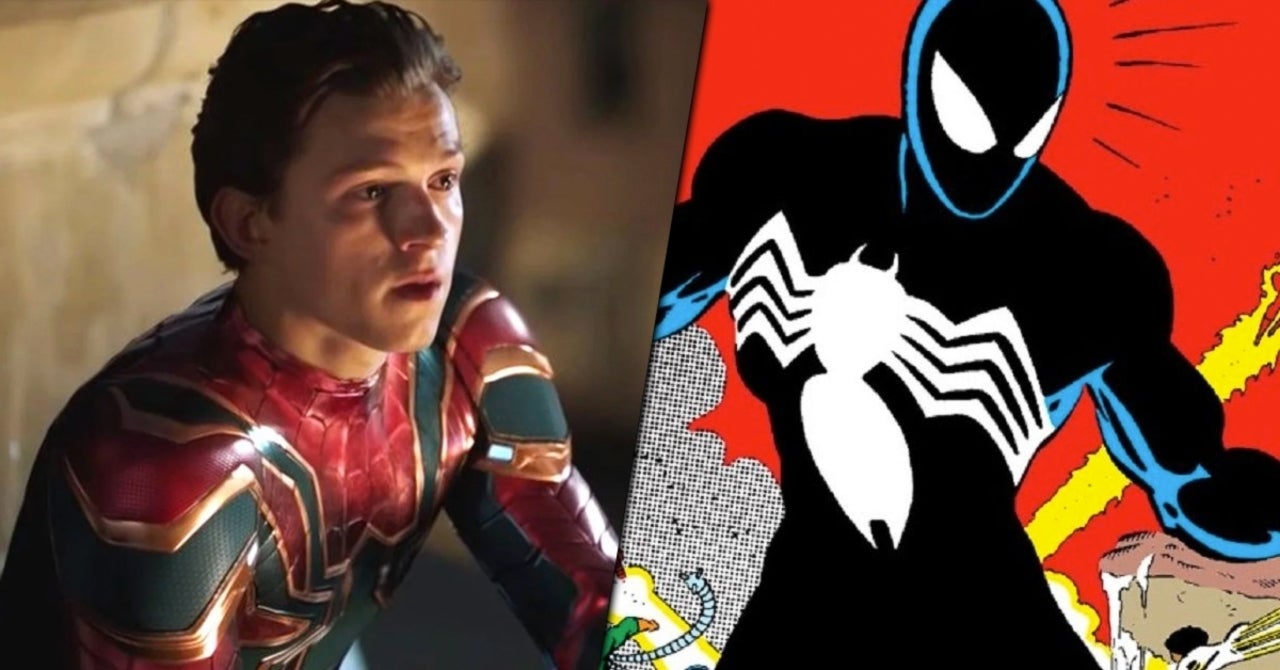 Sooner or later, most expect Tom Holland to crossover with Sony’s upcoming Venom franchise. In a matter of months, Tom Hardy will return as the symbiotic antihero to face off against Woody Harrelson’s Carnage — so he’ll likely need all the help he can get. While nothing has surfaced confirming Holland’s appearance in the follow-up, one eager Spidey fan has taken it upon themself to imagine Peter Park in his iconic symbiote suit anyway.

The black suit — which first appeared in Amazing Spider-Man #252 (1984) — originally featured an all-black look with a white spider across the chest. It’s the basis for Venom’s inspiration — so much so, in fact, it’s more notable Sony totally omitted the spider logo altogether in the first Venom feature. The new Holland artwork was shared to Instagram by fan-favorite fan artist @britedit, teasing a sleek look for everybody’s favorite wallcrawler.

Late last year, rumors began to circulate Holland was in talks to appear in Venom 2, reports on which Sony refused to offer a comment. With Spidey producer Amy Pascal’s very public desires to put together a Sinister Six feature, combined with the fact Michael Keaton’s Vulture popped up out of nowhere in the Morbius trailer, speculation has run rampant about the eventual Spidey-family crossover.

Even Marvel Studios boss Kevin Feige says another crossover between the characters is inevitable.

“I think probably it’s up to Sony,” the Marvel Cinematic Universe architect told CinemaBlend last year. “Sony has both those characters and, has Venom in their world. I don’t know what their plans are for another Venom or if they’re doing that. But it seems likely at some point.”

More recently, the mega-producer even hinted at a multiverse of sorts between his outfit and Sony.

“I am thrilled that Spidey’s journey in the MCU will continue, and I and all of us at Marvel Studios are very excited that we get to keep working on it,” said Feige. “Spider-Man is a powerful icon and hero whose story crosses all ages and audiences around the globe. He also happens to be the only hero with the superpower to cross cinematic universes, so as Sony continues to develop their own Spidey-verse you never know what surprises the future might hold.”

When do you think we’ll finally get the Venom and Tom Holland Spidey crossover? Let us know your thoughts either in the comments section or by hitting our writer @AdamBarnhardt up on Twitter to chat all things Marvel!

Betty White Trends as Fans and Celebrities Celebrate Her 99th Birthday
Why Marvel’s Kevin Feige Was Wary of the MCU Blip Before It Had a “Direct Parallel” to the COVID-19 Pandemic
Saved by the Bell Revival Renewed for Season 2
Marvel Studios Developed Hawkeye as a Solo Movie Before It Was a Disney+ Series
Superman & Lois To Get 90-Minute Premiere, The Flash Moves to March