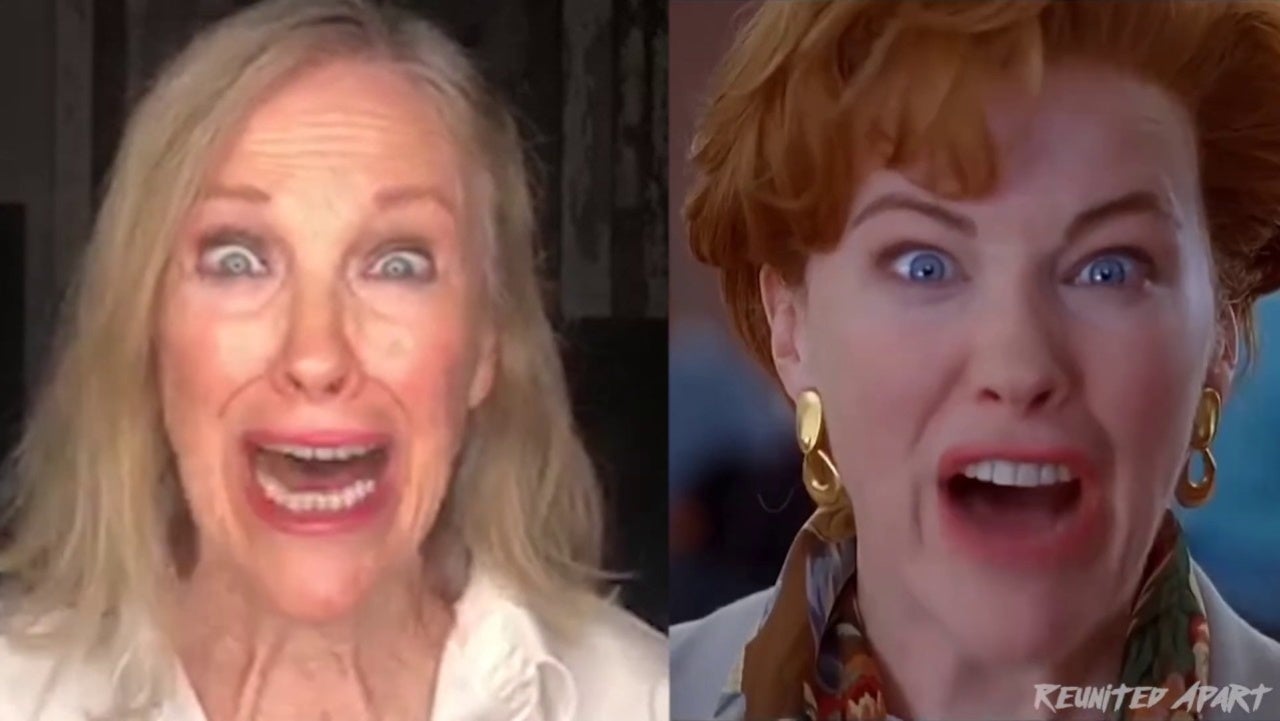 Home Alone may have arrived in theaters three decades ago, but the Christmas adventure remains just as popular with audiences today. The film is one of the true classics in Christmas movie canon, and it finds its way onto the TVs of homes across the globe each and every holiday season. Some could even argue that Home Alone has gotten more popular as time has gone on, thanks in part to the recent success of Schitt’s Creek.

Catherine O’Hara has starred in plenty of popular movies and TV shows over the years, but most casual moviegoers have long remembered her as “Kevin’s Mom” from Home Alone. That changed recently as Schitt’s Creek became a hit, and anyone with a Netflix account discovered the one and only Moira Rose. Now, with Christmas around the corner and a slew of Emmys handed to Schitt’s Creek, a TikTok of O’Hara recreating an iconic Home Alone moment has gone viral.

The video, which you can watch above, shows O’Hara in 2020 next to her character from Home Alone sequel, Home Alone 2: Lost in New York. The scene being depicted is the one where O’Hara’s character realizes she lost her son for a second time, causing her to scream and faint. Of course, this scene in the sequel was a recreation in and of itself, based on the “Kevin!” scream from the airplane in the first movie.

While the video of O’Hara has been getting a lot of attention since being posted to TikTok, it was actually released online over the summer. Josh Gad’s Reunited Apart series had an installment dedicated to the work of John Hughes, who wrote and produced Home Alone. The video saw various actors from Hughes films recreate some of their most iconic lines, and O’Hara’s fate was included. You can watch the full video below.

What did you think of the Catherine O’Hara Home Alone recreation? Have you watched the Christmas classic this year? Let us know in the comments!

Betty White Trends as Fans and Celebrities Celebrate Her 99th Birthday
Evangelion: 3.0+1.0: Thrice Upon A Time Announces Further Delay
Saved by the Bell Revival Renewed for Season 2
Arrow Star Katherine Mcnamara Opens up About Her Quarantine Horror Movie
Why Marvel’s Kevin Feige Was Wary of the MCU Blip Before It Had a “Direct Parallel” to the COVID-19 Pandemic