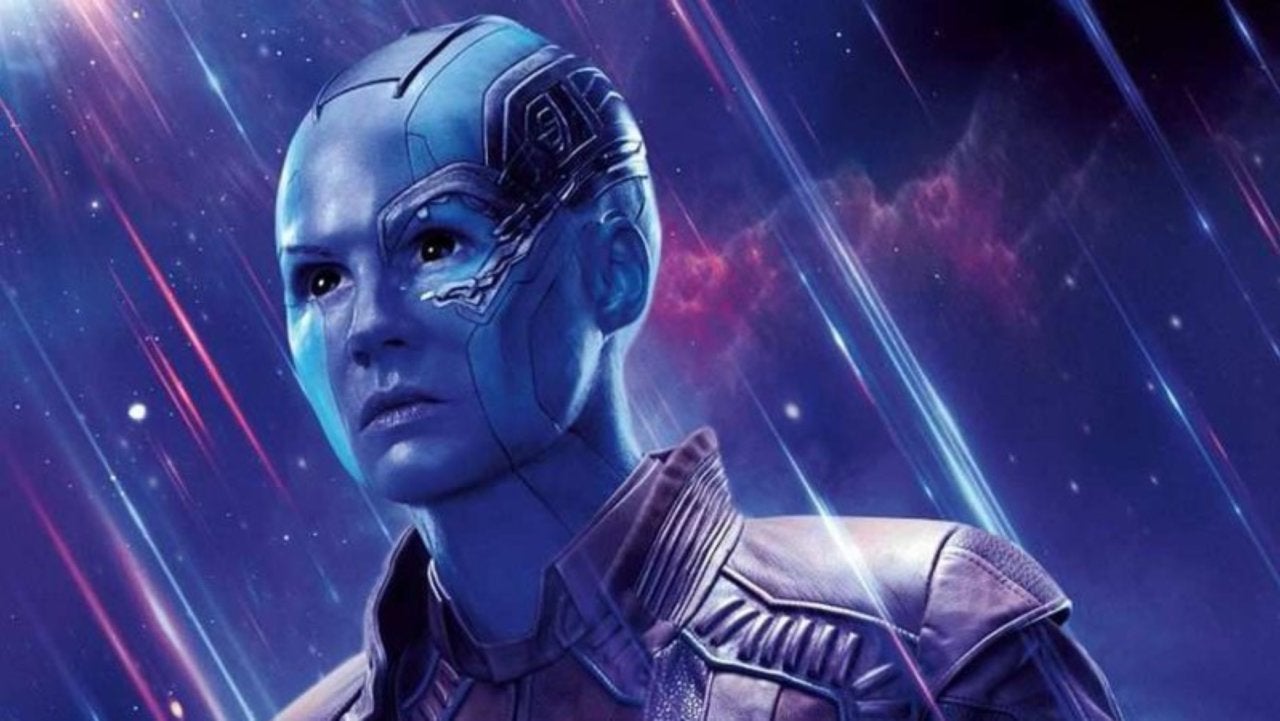 Marvel had to show Karen Gillan some love on her birthday. The Guardians of the Galaxy star is turning 33, and fans are thrilled to share their favorite Nebula moments on social media. While she might not have been around as long as some of the earliest MCU characters, it’s clear people can’t get enough of the Guardians. It doesn’t hurt that Nebula’s profile rose in a big way as she played a key role in the heroes’ quest in Avengers: Endgame. The actress has been very happy about everything that’s happened for her since that film. One of those projects is the upcoming Gunpowder Milkshake, which fans are rightfully curious about. But, at her core, that kind of rough on the outside character really resonated with people piling into theaters.

“I was able to use a lot of psychology essays on that character, because she’s someone who has dealt with abuse from her father from such a young age,” Gillan explained during a virtual panel at GalaxyCon Live. “Not to make it too heavy, but he pitted the siblings against each other — she would be inferior and the scapegoat, while the other one was the golden child. It’s actually a quite common thing to happen within families and siblings. I don’t have any siblings, so it’s something I really had to read up on.”

She’s been in that blue paint and prosthetic mask since the first Guardians film in 2014. Gillan also mentioned that she admires Nebula because of her ability to “slightly move past that a little bit.”

“In Avengers, she had to face the source of her abuse, then actually watch him get eliminated from her life,” Gillan mused. “I’m sort of thinking about future Nebula in the sense like, ‘What is she going to be like now that that person’s abuse has gone out of her life? How is she going to build herself back up again?’ Because it’s an odd feeling, I think, for someone who’s been abused by a parent, because they still love them and they’re sad that they’re gone, but also they hate them and they’re glad that they’re gone.”

James Gunn had a special message for her on Instagram too. “Happy Birthday, @karengillan! I found this good picture of you arriving to set at 5 am before getting into your Nebula makeup. I thought it would be great for the fans to get a glimpse of ‘the real Gillan’ as she is every day with her friends and co-workers behind the scenes, just being chill, flashing peace signs and stuff.”

What’s your favorite Nebula moment in the MCU? Let us know down in the comments!