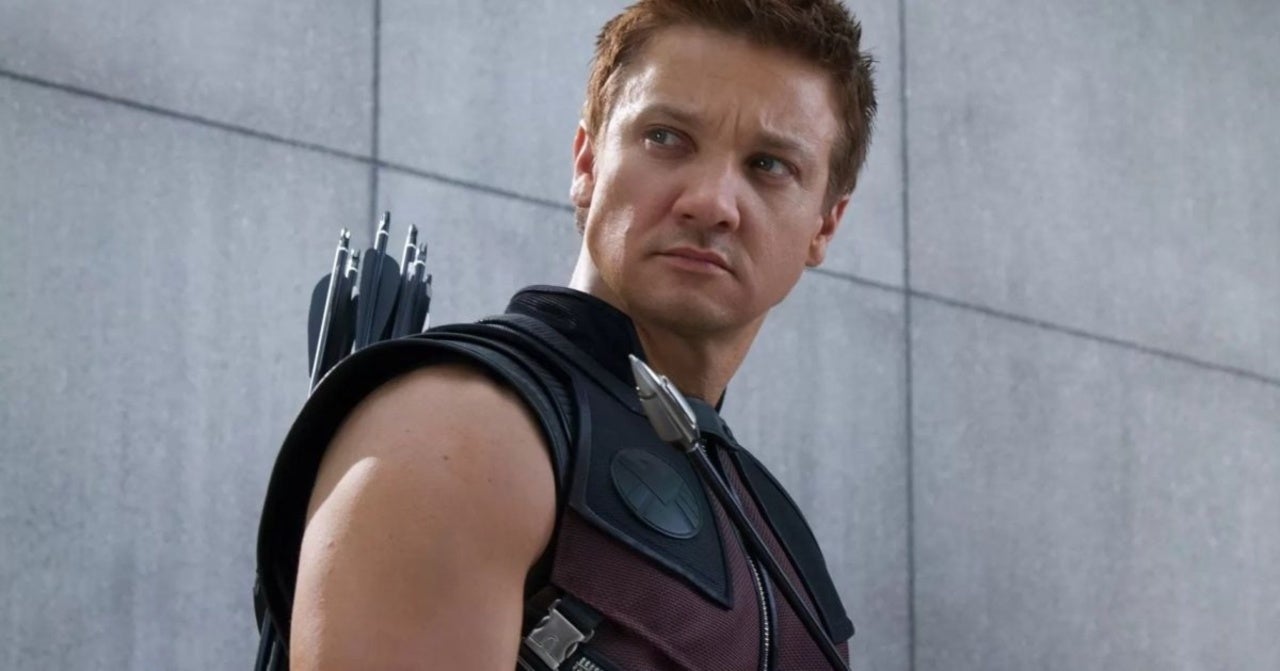 Work on Disney+‘s Hawkeye is underway with the series seemingly filming in New York next week, but we still have no idea who is playing Kate Bishop. Verge editor Chris Welch shared a production notice to Twitter on Thursday instructing people in the area to move their vehicles ahead of filming on Wednesday, December 2nd for “Anchor Point” — Hawkeye‘s working title. This is the second tease of production on the much anticipated series in recent days, indicating that Hawkeye is getting closer and closer to reality.

Earlier this week, series lead Jeremy Renner shared a selfie to his Instagram Story revealing a lacerated nose and bruises on both his forehead and cheek as well as a bandage with the caption “Monday’s….” The look in that selfie was very much in line with Clint Barton’s look in the beloved Hawkeye series from Matt Fraction and David Aja, a series that also introduced Kate Bishop who also adopts the Hawkeye Mantle in Marvel Comics.

Many saw Renner’s post as an indication that work on Hawkeye had begun — potentially even just work on makeup and wardrobe — but combined with the filming notice in Brooklyn, it certainly seems that things are getting well underway with the casting of Kate still a major mystery. A name that has come up almost constantly since Hawkeye was announced is that of Bumblebee star Hailee Steinfeld, though what initially seemed like a sure-thing for fans started to get a bit shaky when it was later reported that Steinfeld may not be able to join Hawkeye after all due to her work on Apple’s Dickinson. Steinfeld herself has previously cast doubt on the Hawkeye role, calling it simply a rumor.

In the year since Steinfeld’s name became part of the conversation around Hawkeye, there’s been no solid information about who will play Kate in Hawkeye — be that Steinfeld or someone else. For the moment, that particular casting seems to be the best kept secret in the Marvel Cinematic Universe, which makes sense as Hawkeye executive producer Trinh Tran told us last year that the Disney+ shows are getting the same treatment as Marvel Studios films which seems to include the levels of secrecy the studio is legendary for.

“Well, they’re both Hawkeyes in a way, right?” she said at the time. “So, you want to make sure… I’m always interested in introducing new characters. And now we have a fascinating young female who is very interested in this role. So, you’re going to see a balance of both.”

The producer then reminded us the shows on Disney+ are getting the same treatment as Marvel Studios films.

“We’re treating our shows as if we’re making our features,” Tran added. “I mean, the feel and the quality of those TV shows are going to be like the Marvel movies that you’ve seen. So that’s always been [Marvel Studios president Kevin Feige]’s mindset of let’s make sure that when people are going to be watching these episodes, it’s going to feel like it’s just one long movie except rather than two-and-a-half hours, it’s going to be much longer. And the idea behind certain characters getting their shows is because we’ll have a lot more time to be able to develop these characters rather than the shorter.”

Hawkeye does not yet have a release date.

What do you think? Are you excited that work on Hawkeye is underway? When do you think we’ll find out who is playing Kate Bishop? Let us know your thoughts in the comments!

Spiral: From The Book of Saw Releases New Image
Ghostbusters: Afterlife New Image Released
Does Marvel’s Blade Reboot Need to Be Rated R?
WandaVision Creator Considered Filming All Episodes in Front of a Live Studio Audience
Netflix Acquires Lord and Miller’s The Mitchells vs. The Machines