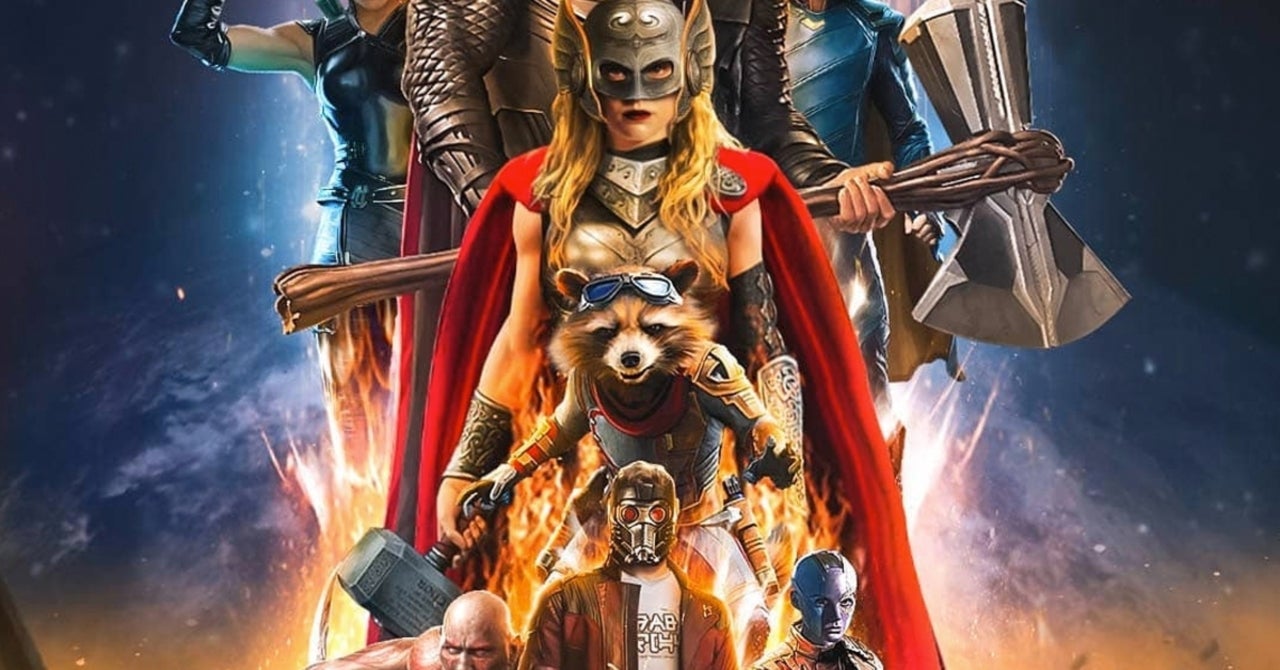 Before long at all, the Guardians of the Galaxy will return to the Marvel Cinematic Universe. Though many were hoping we’d get Guardians of the Galaxy Vol. 3 by now, the characters will instead show up in Thor: Love and Thunder, a movie insiders are now billing as an “Avengers-level” event film. As such, one dedicated Marvel fan artist has pictured the Guardians MCU return in a star-studded teaser poster for the Taika Waititi film.

Featuring Chris Hemsworth’s Thor flanked on either side by Valkyrie (Tessa Thompson) and Loki (Tom Hiddleston), the entire Guardians squad can be seen through the brilliant piece crafted by Instagrammer @marvefx. Also with prominent placement include Jane Foster (Natalie Portman) and the beloved Korg (Waititi). See the piece yourself below.

The feature is expected to start principal photography in January in and about Sydney, Australia. Like all other productions from Marvel Studios, plot details are being kept under lock and key. Waititi himself did, however, tease Love and Thunderas being twice as “nuts” as Thor: Ragnarok was.

“It’s going to be bigger and louder and more bombastic,” Waititi revealed. “It’s only interesting to me if we’re doubling down on how nuts Ragnarok was.”

Earlier in the year, Waititi revealed it only took one question for Portman to return to the franchise to reprise her role as Foster. She previously played the character in Thor and Thor: Love and Thunder, before departing. She was absent entirely from Ragnarok, with only a mention from Loki about her breakup with Thor.

“I just said to her, ‘Are you interested in coming back to this thing, but doing something really different?'” Waititi revealed in a previous interview. “Because another thing, no one wants to keep repeating themselves and no one wants to play the same characters all the time. And I think for her, just coming back reprising that character but in this whole fresh new way, is really what I think would interest anyone. Especially, in most of these films, if you’re not a superhero… do you really want to keep doing that? I mean, I wouldn’t. I would want to come back and change things up.”

Thor: Love and Thunder is currently set for release on February 11, 2022.

Who are you hoping to see as the big bad in Love and Thunder? Let us know your thoughts either in the comments section or by hitting our writer @AdamBarnhardt up on Twitter to chat all things MCU!