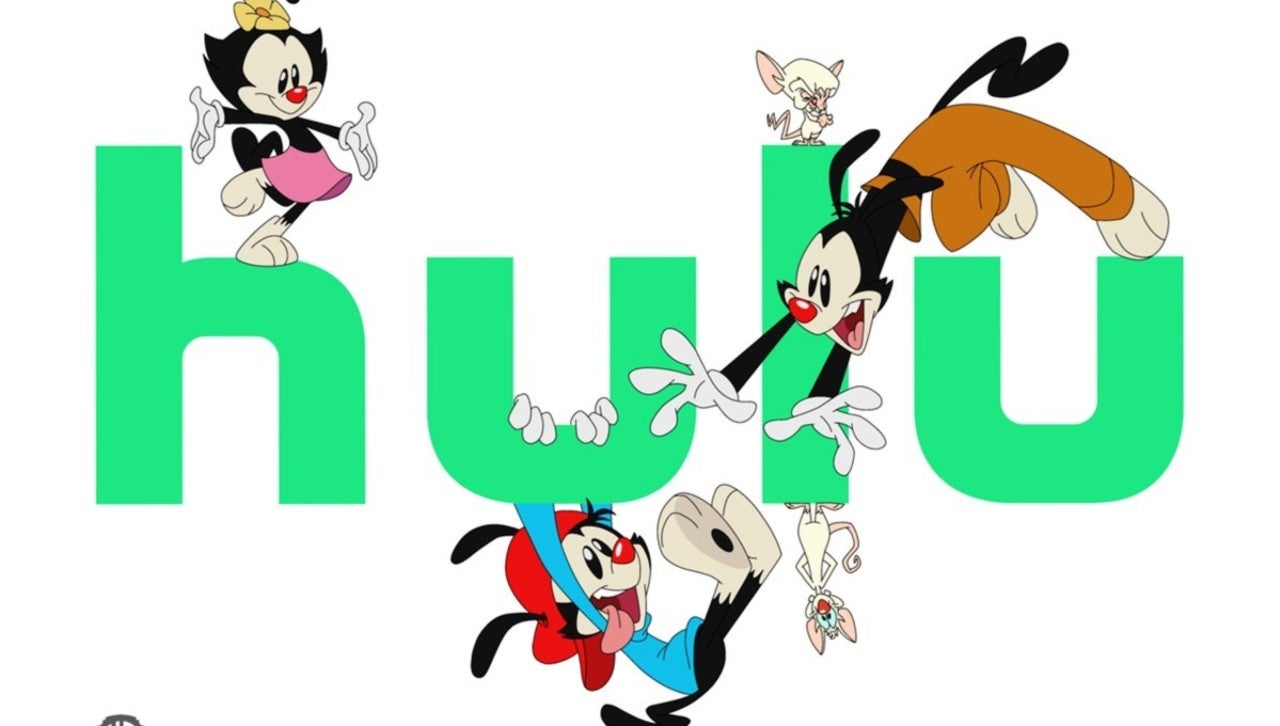 Today, for the first time in 22 years, it’s time for Animaniacs, with a new episode premiering on Hulu. The series is back for at least two seasons, and brings back the original cast, with Ron Paulsen as Yakko Warner (and Pinky), Jess Harnell as Wakko Warner, Tress MacNeille as Dot Warner, and Maurice LaMarche as The Brain. The cast have said they all feel blessed to be headed back to the old Warner Bros. water tower after so long away, and Harnell told ComicBook.com that Wakko has never really left him. Even with dozens of other high-profile roles in the intervening years, Harnell says Wakko remains special.

The series returns as Harnell preps a second album with his band Rock Sugar. The band, which blends ’80s hair metal styles with pop lyrics, is dropping singles on YouTube and through a website called SaveRockSugar, where there’s a storyline that the band has been kidnapped and fans can sign up to help free them (and get updates when there’s new music).

We spoke with Harnell about the new Animaniacs, a failed attempt to bring them back as junkies (yes, really), and more.

In the years since the original show, you guys have never shied away from bringing these voices back with fans and interviewers. Does it feel a little bit like the Warners have just had a secret life that they’re living quietly in the background?

There was a cartoon years ago that I had repeated auditions and call backs for. And it came down to me and one other guy, the other guy got the job, and he killed it, did fantastic with it, and I remember when it didn’t happen I went, “Well, hey man, how big could a show about a talking sponge get anyway?” You know what I mean?

You never know what you’re going to get into. Well, with Animaniacs, we had a pretty good idea that we were doing something important just because of people involved, notably Steven Spielberg and Tom Ruegger and Jean MacCurdy and all these people who were like the founding fathers of Warner Bros. Animation in the new era. We knew it was going to be good. But you never know when something is going to keep a life after a decade and after two decades and two and a half decades.

As you said, we’ve never been far away from these characters. I did a session this morning. I did five different voices for a video game. If you asked me right now to do any one of them, I don’t think I could. Not that they weren’t great, but they just kind of slip in and out of my consciousness because I do this all the time.

So I forget things all the time. Wakko has always been sort of a part of me. First of all, he’s based on the Beatles, and the Beatles are in my DNA because I just think they’re the greatest band that ever picked up a guitar. But from the minute I discovered him and got the blessing of getting to play this character that I would have chosen to play if I could have picked anybody, I love that little dude. You know?

The other day when we talked, did I tell you about the TV show that wanted us to come back and reprise them and do it negatively?

No, I didn’t hear about that!

Okay. It’s kind of an interesting little anecdote. Animaniacs works on a lot of levels. It works as a kid’s show, variety show, a musical show, a satire, an adult cartoon. Works on a lot of different levels. Well, long after it was off the air and long before the reboot, I’m guessing about seven or eight years ago, another excellent adult cartoon reached out to us.

They’re edgy, they’re great, I’ve done stuff for them, God bless them. And they said, “Hey man, here’s what we want to do. We want to do a “whatever happened to the Animaniacs?” And we’re going to show you guys 20 years after the show went off the air, whatever it was, 15 years. Basically Yakko is strung out on drugs, Wakko is up in the water tower with an Uzi taking people out, and Dot is a prostitute.”

And I said, “Because I love Wakko. Wakko is like family to me. And I don’t want to think of Wakko ending up like that. I want to think that wherever he may be out there in the great beyond, he’s happy. And he’s got his snacks and he’s got his bag and his hammer and he’s happy. He’s doing good. I don’t want to represent to myself or the other people who loved him that he ended up a mess.”

And what was really, really cool about it is that I didn’t speak to Rob or Tress that day, they both said no to that offer too on that same day. Because we love the characters and we honor the characters. And the single biggest thing with coming back to the show, the only thing that made it questionable for a minute or two here and there, was we don’t want to do it if it’s not going to be really good. If you’re going to cut corners and it’s not going to be funny and it’s going to bomb, then I’d rather live with what it was then try to explain what it became, you know?

And fortunately, first thing was, we heard Steven was on board and was extremely hands-on. So that was a big get, we said, “Okay, we know we’re going to be all right there.” Then you got Tom Minton on the show, and Wellesley Wild has this great history with Ted and Family Guy and other shows that were also satirical and clever, if maybe a little bit more adult in tone. But we said, “Okay, this guy’s good.” Then we started seeing the scripts. Scripts were great. Started hearing the songs, songs were great.

With the “strung out” pitch, do you feel like doing something like that also would have tainted the relaunch if it had happened?

Yeah, it does, because then it becomes part of the legacy, right? It’s collateral damage. And like I said, it was a very clear-cut decision. I was like, “Oh, man.” I think when they reprised the theme song, I think it ended with “We’re Animani, totally insane-y, now we’re in pain-y, Animaniacs.” And I was, “You know man, I don’t want them to be in pain-y. I want them to be cool.” So that was that.

I’m sure you’ve seen the trailer. What I love is how self-aware they are. I love that they took the tack of basically having them go, “Okay, they’ve succeeded in locking us up again, and now we’re out. And look at all this new stuff. What’s the internet? What’s social media? What’s gun control? What’s global warming? What are all these things that didn’t…What are the Kardashians?”

What are all these things that didn’t even exist in the ’90s, that are ripe for having some fun poked at them? That’s what we’re here to do. That’s our mission and we choose to accept it.

If you look at your library of characters and all these things that you’ve done over the years. If you could have any one character that you’ve played meet Wakko and just sit back and see how that dynamic unfolds, who would it be?

That’s a great question. Two come to mind. I would love to see Wakko hang out with Crash Bandicoot, because they’re both totally unbridled and both completely non-filtered and completely off the wall, and will do anything. And I think the two of them could do a lot of damage.

So what’s going on with Rock Sugar at this point? Not that many people can have earworm songs in both animated and live action forms.

Rock Sugar started as a goof. I said, “Hey, it’d be funny if an ’80s hair metal band got brainwashed by pop music.” And my guitar player says, “What do you…” I said, “You know, Metallica, you could play ‘Enter Sandman,’ I could sing ‘Don’t Stop Believing,’ you could play ‘Shook Me All Night Long’ by AC/DC, I’ll sing a Madonna song, it will be great.”

Well, we put this thing out. It went totally viral, we ended up opening in arenas and stadiums in front of AC/DC and Aerosmith and all these other huge, huge bands, right?

We also got sued because one guy I imitated on the record heard it, and became convinced it was his voice. We had to go to court and prove to this guy that it wasn’t. My life’s crazy, dude.

But what I wanted to mention is that we can’t sell the first album because of that. We’re not even going to try to sell the second one because we know he’ll come back. So we’re basically going to give it away. Although there’s a lot of stuff that goes along with it, videos, et cetera.

We are launching a website called saverocksugar.com, they’re going to be able to get free music and all kinds of cool stuff, and video exclusives and things.