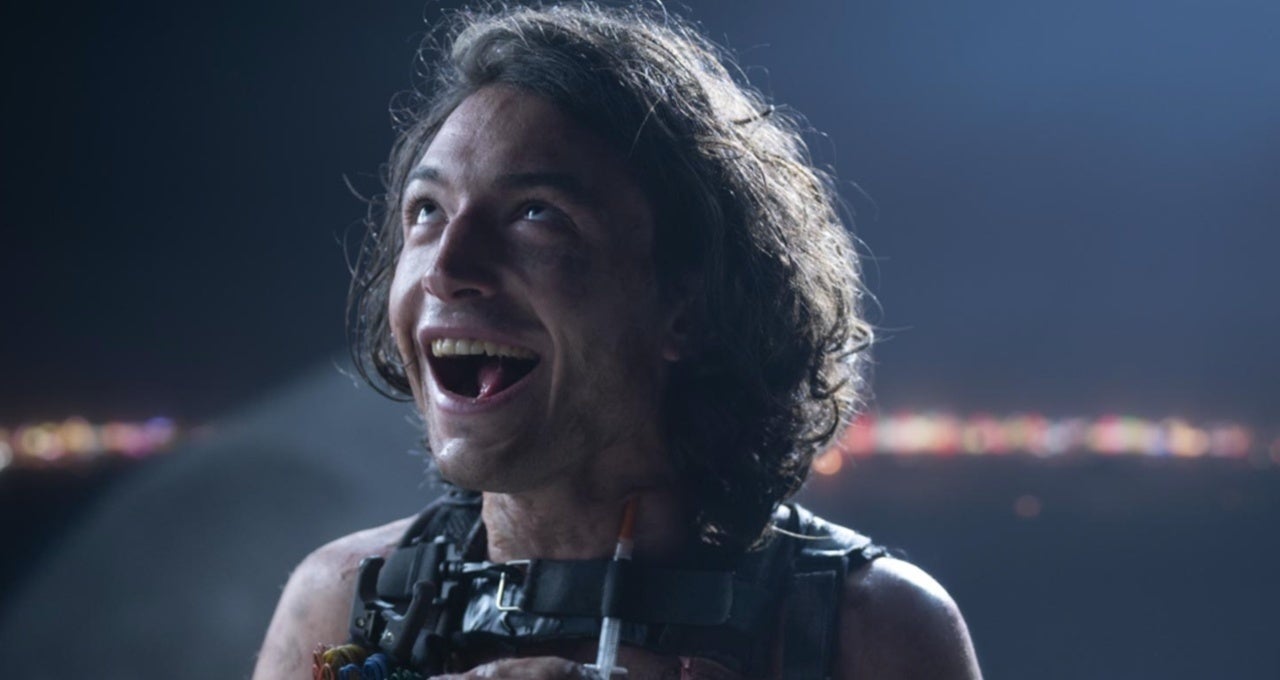 Fans of Stephen King have been anxiously awaiting the debut of The Stand, the new big-budget series coming to CBS All Access later this year. The Stand is one of the author’s more popular works, and its story of a near-world-ending pandemic is all-too poignant in 2020. There is a lot to be excited about in regards to this new series, especially when it comes to its star-studded cast, which actually has one major name that was kept secret until now. Justice League and Fantastic Beasts star Ezra Miller is in The Stand, and playing one of its most memorable characters.

Miller is playing the role of Trashcan Man, a wild and pivotal character from King’s novel. As fans of the book know, Trashcan Man is a highly unstable pyromaniac who joins Randall Flagg’s New Vegas survivors. He lives to create chaos in the form of fire, and Miller went all-in on the one-of-a-kind role. You can check out the first look at Trashcan Man below.

“It’s so different from any way that anyone has seen Erza before, and he’s so committed to it,” The Stand showrunner Benjamin Cavell told EW. “He’s a huge fan of the book and had fallen in love with this character and wanted to play it for a long time. On our first call, he described Trash as ‘the embodiment of pyromania.’ The only thing this guy was capable of, and the only area in life he was comfortable, were with the explosives and instruments of fire and destruction.”

“He wears basically no clothes except for his extensive tactical gear,” Cavell added. “So he just kind of in underwear and combat boots … the character has to be right on the edge of over-the-top. But no matter how strangely he’s behaving there’s always this Ezra Miller soul as a twinkle coming through. I can’t say enough about how brilliant he is in it.”

Miller had a lot to do with the style of this new version of the character, working closely with the wardrobe department to bring a very specific vision to life.

“What excites me is the deception of behavior and appearances. Trash is the underestimated and misrepresented amongst us,” Miller said. “‘Fireproof underwear’ were two of the first words out of my mouth in the first conceptual meeting. I was very interested in working directly with the wardrobe department in creating a look based entirely on the practical demands of the character’s pyromania. Trash wears nothing but what is necessary to craft incendiaries, ignite the, and get as close to the flames as possible — in order to revel in the fire.”

What do you think of Ezra Miller’s new look on The Stand? Are you excited for the series to debut next month? Let us know in the comments!

The Stand premieres on Thursday, December 17th on CBS All Access.