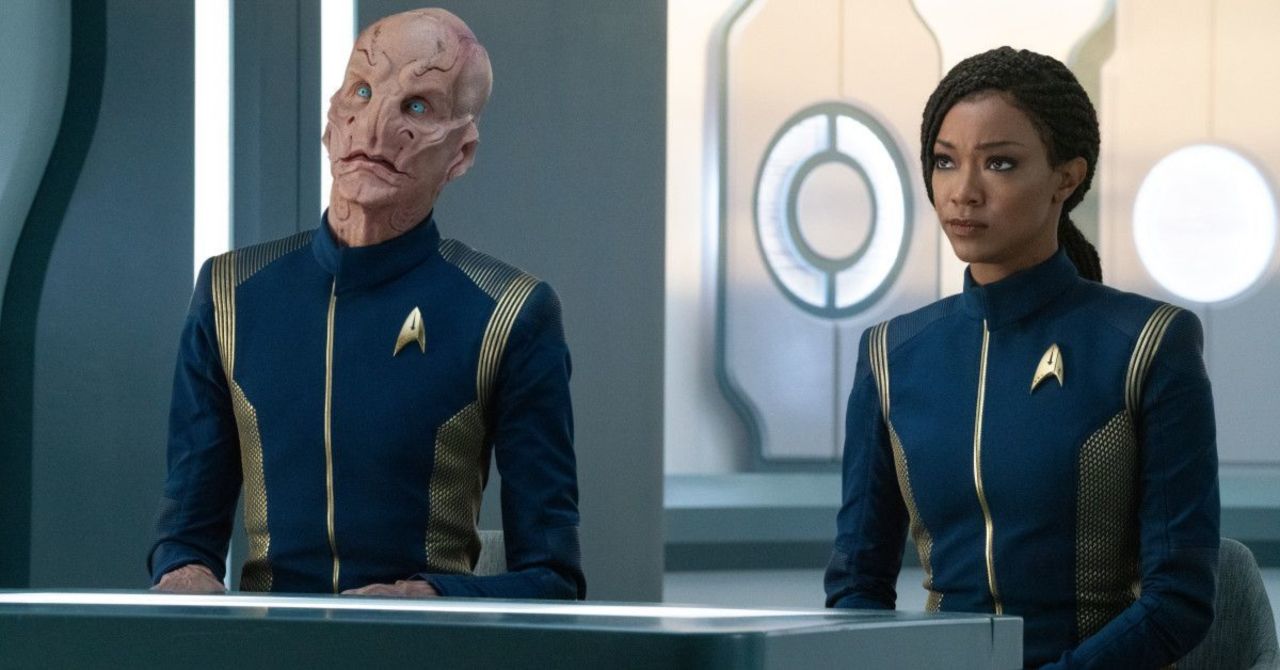 The latest episode of Star Trek: Discovery, “Die Trying,” saw Discovery‘s crew finally reaching Starfleet headquarters in the 32nd century. Under the command of Admiral Vance, Starfleet is different from what Discovery‘s crew remember of their time. The Burn’s effects forced the organization to alter its mission due to the Federation’s reduced reach and limited travel capabilities. But there was some surprising and welcome news for a few members of the Discovery crew. The Federation lost some of its members after the Burn. However, it turns out that, during the roughly 900 years between Discovery‘s jump to the future and the Burn happening, the Federation added a few new member worlds, including the homeworlds of two Discovery crewmembers.

Saru, the first Kelpien to serve in Starfleet, left his homeworld and people behind during an era of significant change when he jumped into the future. His sacrifice and leadership earned him the captain’s chair. “Die Trying” also awarded him the peace of mind of knowing that the Kelpiens thrived after his leaving. Admiral Vance lets Saru know that, as of the 32nd century, Kaminar is a Federation member, even though the Federation maintained only limited contact with the planet due to the shortage of dilithium for warp travel. During an interview with ComicBook.com, Saru actor Doug Jones discussed what it was like for his character to leave his people behind at the end of the show’s second season.

“He knew what it was like to leave everything behind once before,” Jones said. “Getting to come back to Kaminar in season two was a little perk and a little happy time for him, especially knowing now when he could liberate them with the new information that Vahar’ai is not our death, it’s our adolescence, and we have a lot longer to live.

“But he’s leaving the second time now. The second time he jumps away from friends and family and what’s familiar. He’s doing it with a pat on his back, to know like, ‘Hey, we pulled this off. I got Kaminar liberated, I got my people liberated, I got the Ba’ul and the Kelpiens to live in harmony together.’ And the last thing you see of another Kelpien in the season two finale is my sister now piloting a fighter ship. So it’s like, ‘Okay, I think they’re evolving. They’re doing great. I can leave now, knowing that they’re all in good hands.'”

Saru wasn’t the only one to receive this kind of good news. While seeking the Federation seed ship, Michael Burnham discovered that the last Federation species tasked with caring for the vessel was the Barzan. In the 2250s, Cmdr. Nhan was the only Barzan serving in Starfleet. By the era of Star Trek: The Next Generation, the Barzan were still an independent people, but impoverished compared to the rest of the galaxy, as seen in the episode “The Price.” But in “Die Trying,” Nhan learns that her homeworld of Barzan II joined the Federation in the 25th century and has remained a member during the post-Burn era of the 32nd century. Nhan chooses to leave Discovery, care for the seed ship, and eventually return home. Rachael Ancheril, who plays Nhan, discussed her character’s decision with ComicBook.com.

“To be honest with you, I thought they would exit me either using the redshirt pain, or they would exit me in some sort of action sequence, but I was so thrilled that it was a totally different side of Nhan that anyone has seen or that I had ever got to play with this character,” Ancheril said. “I think the only one time where it tried to get a little bit more emotional is when Pike left, and that was just a really quick beat. So, this is really nice to be able to show more of Nhan and give her a bit more dimension.”