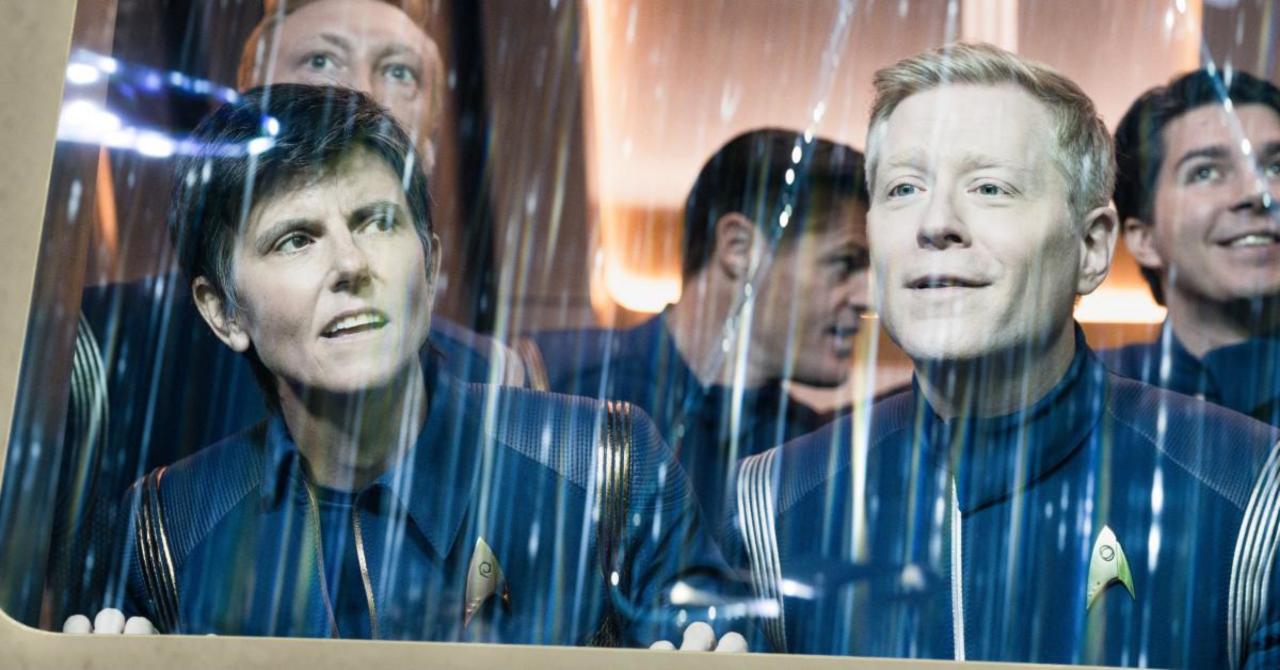 The latest Star Trek: Discovery episode, “Die Trying,” saw the Discovery finally catching up with Starfleet in the 32nd century. However, Starfleet is different from what Discovery‘s crew remembers from its era. The Burn changed it, perhaps irrevocably. Starfleet commander-in-chief Admiral Vance tells Capt. Saru and Cmdr. Michael Burnham, Starfleet has been in “triage” for a long time. Part of that state of being means that exploratory missions are no longer a priority. Specifically, he refers to the “five-year missions” of Discovery‘s time. That’s a nod to Star Trek: Discovery being a prequel to the Enterprise’s five-year exploratory mission in Star Trek: The Original Series during its first two seasons.

That focus on survival gives Discovery an in with Vance, who is initially suspicious of the Discovery crew. The Federation is still getting over fighting the Temporal Cold War. The arrival of a time-traveling Starfleet vessel whose mission Starfleet erased from its records is difficult for Vance to process.

But Saru recalls the tale of Giotto, the Italian painter whose work helped inspire the transition from the Dark Ages into the Renaissance by reminding humanity with his art, during one of humankind’s darkest eras, to “look up.” Saru believes that Discovery, coming from one of the Federation’s thriving periods, can serve the same purpose for Starfleet in the 32nd era, pointing the way out of “triage” and into a new era. Having a spore drive that lets them teleport anywhere in the galaxy instantly during a time when warp travel is severely limited also helps.

Discovery — especially Michael Burnham — is also still searching for answers about the Burn. The mysterious cataclysm caused almost all active dilithium in the galaxy to become inert simultaneously, destroying any ship at warp at the time. The event affected Starfleet profoundly. Some wondered if it was an attack, leading to Earth’s exit from the Federation and Starfleet moving its headquarters to a new, secret location. Most of Starfleet is too focused on surviving at the moment to investigate a disaster from 120 years ago thoroughly. Burnham feels differently and accepts Vance’s “challenge” to find something new to add to the investigation. Whether the mysterious song spreading throughout the galaxy has anything to do with it remains to be seen.

What do you think of the new state of Starfleet in the 32nd century? Let us know what you think about it in the comments section. New Star Trek: Discovery Season Three episodes debut weekly on CBS All Access.