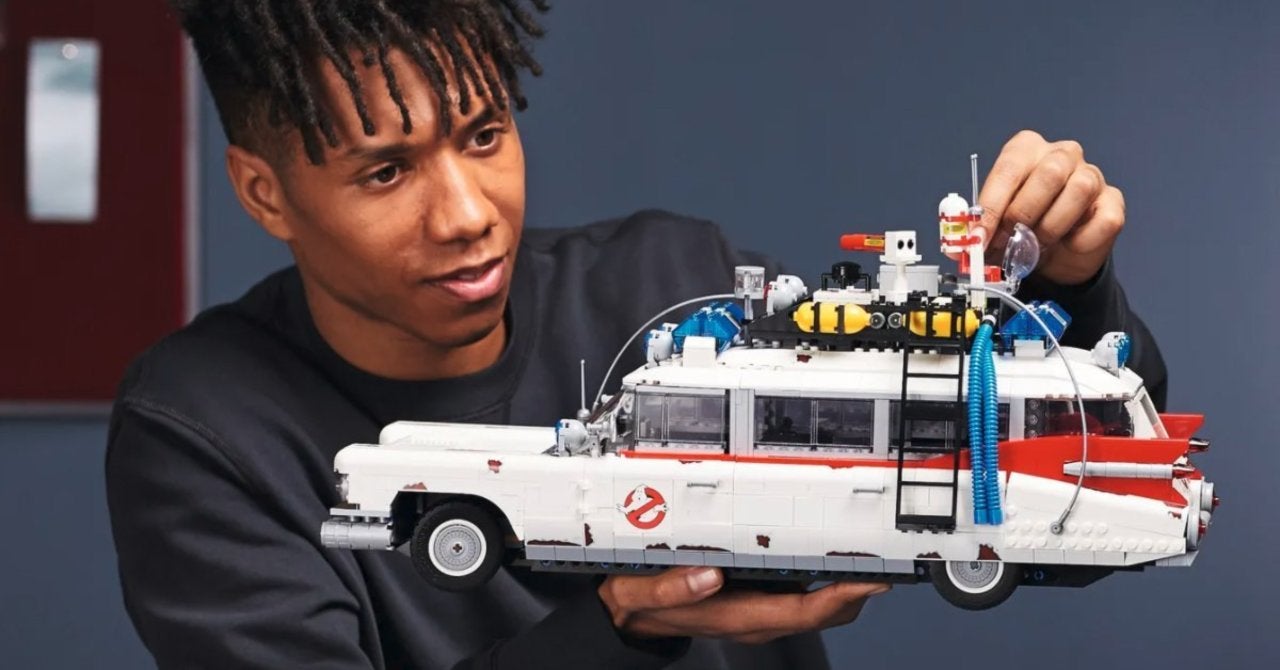 The upcoming film Ghostbusters: Afterlife has been delayed until June 11th, 2021, but you won’t have to wait long to get LEGO’s new ECTO-1 set, which is based on the version featured in the film. They’re touting it as the “largest and most detailed LEGO brick recreation” of the converted 1959 Cadillac Miller-Meteor ambulance yet, and it certainly looks like a highly accurate model.

The LEGO Ghostbusters 10274 ECTO-1 is a 2352-piece set that features working steering, an extending rear gunner seat, a trapdoor, and accessories like a remote ghost trap vehicle that can be released with a lever on the roof, a proton pack, a tracking antenna on the roof rack, and more. It even has a worn appearance to match the ECTO-1 in Afterlife.

If you want to get your hands on this ECTO-1 LEGO build, you’ll need to hit this LEGO Shop link tomorrow, November 15th – most likely at 9pm PST on the 14th (12am EST on the 15th). It will be available for everyone to order for $199.99 at that time. This is one of those LEGO sets that might sell out of the first wave quickly, so you’ll want to be ready at launch.

Additional images of the LEGO Ghostbusters 10274 ECTO-1 set are available in the gallery below. While you’re at it, make sure to check out the newly announced LEGO Rome Colosseum set, which is going to be the largest LEGO has ever produced.

Ghostbusters: Afterlife is directed by Jason Reitman and stars Carrie Coon, Mckenna Grace, Finn Wolfhard, Bokeem Woodbine, and Paul Rudd, all of which are newcomers to the franchise. Unlike the previous reboot, Afterlife will continue the story of the first two films and bring back original cast members Bill Murray, Dan Aykroyd, Ernie Hudson, Sigourney Weaver, and Annie Potts.