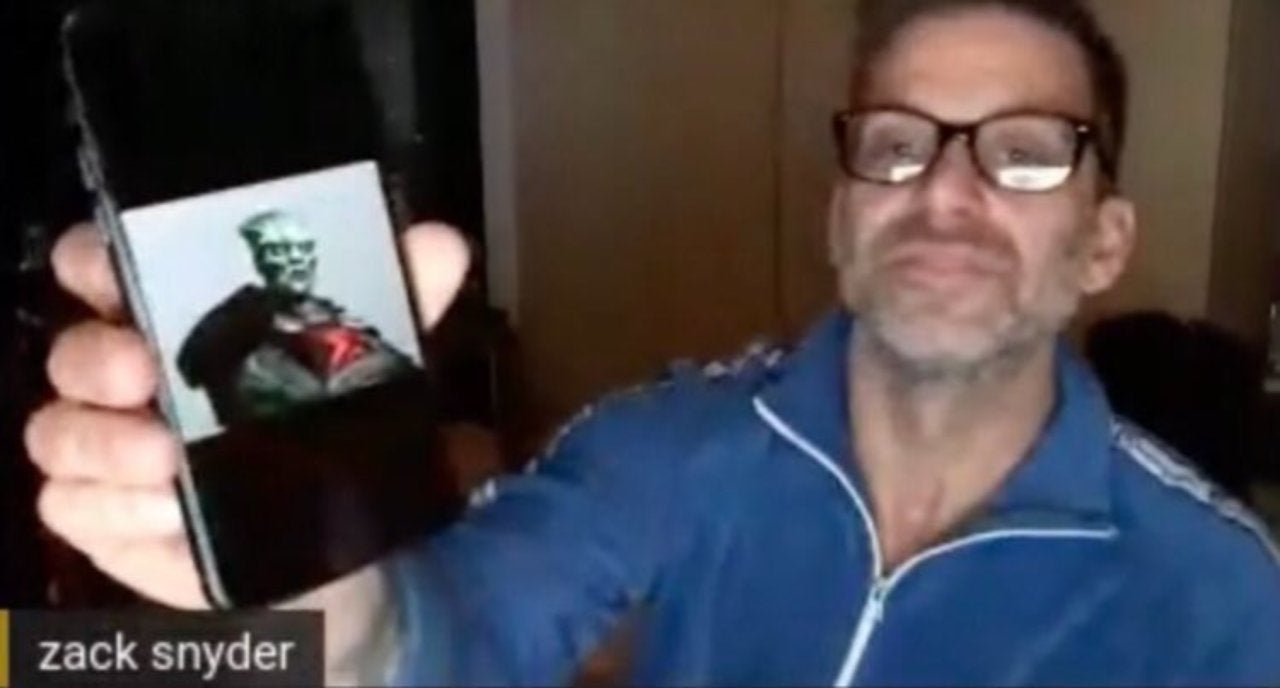 In the comics, Martian Manhunter stopped being a founding member of the Justice League following 2011’s New 52 reboot, which realigned continuity and gave his spot to Cyborg. While Cyborg (Ray Fisher, in this case) is certainly a founding member in the films from director Zack Snyder, Martian Manhunter (Harry Lennix) actually predates any superhero except Superman on a technicality, since he has been appearing undercover as a military officer since Man of Steel. Snyder’s plan was always for Lennix to get a chance to go green in Justice League, and today he gave fans a first look at what appears to be concept art for J’Onn J’Onzz.

You can see the image — which, admittedly, is pretty small and blurry, since Snyder shared it on a crowded Zoom meeting — below. The image at first glance looks a lot like recent versions of Martian Manhunter, with a full body suit rather than a ton of exposed green flesh under his criss-crossing red logo.

In this image, though, it looks like he has some kind of fur hood. It’s possible this is a Snyder-directed reinvention of J’Onn’s traditional high collar, or that it’s just something that would make more sense in context. After all, the military has spent plenty of time in cold climates investigating the resting place of the Kryptonian scout ship where Clark (Henry Cavill) learned his origin in Man of Steel.

For a great many years, Martian Manhunter’s head was always depicted as being essentially human in its features, although he did have a more “alien” true form he rarely used. In more recent incarnations, the oddly-shaped alien head has taken on prominence, and that — closely resembling its look from Supergirl — is what Snyder appears to be going with here.

He did note, when fans got excited, that this was “just a drawing” and the final form of the character could change somewhat before the project hits streaming.

Fans have long speculated that General Swanwick from Man of Steel might turn out to be Martian Manhunter. Between his physicality, his voice, and the fact that Martian Manhunter has been commonly depicted as a Black man in recent years, voiced by Carl Lumbly in Justice League United and played by Phil Morris on Smallville. The speculation eventually paid off when Snyder revealed that two characters who would appear if he ever got to make his cut were Martian Manhunter and Darkseid (voiced by Ray Porter). Now that the project is a reality and reshoots are ready to begin, it seems he’s gotten serious about finding a final look for J’Onn.

Zack Snyder’s Justice League is coming to HBO Max in 2021.

Cells at Work! Code Black Releases 2nd PV and Visual!
The Mandalorian Teases the Return of One of the Biggest Villains in Star Wars
Thor: Love and Thunder Fan-Made Poster Imagines the Guardians of the Galaxy’s Return
Netflix Reaches Settlement In Black Mirror Lawsuit
Who is the Asset on The Walking Dead: World Beyond?