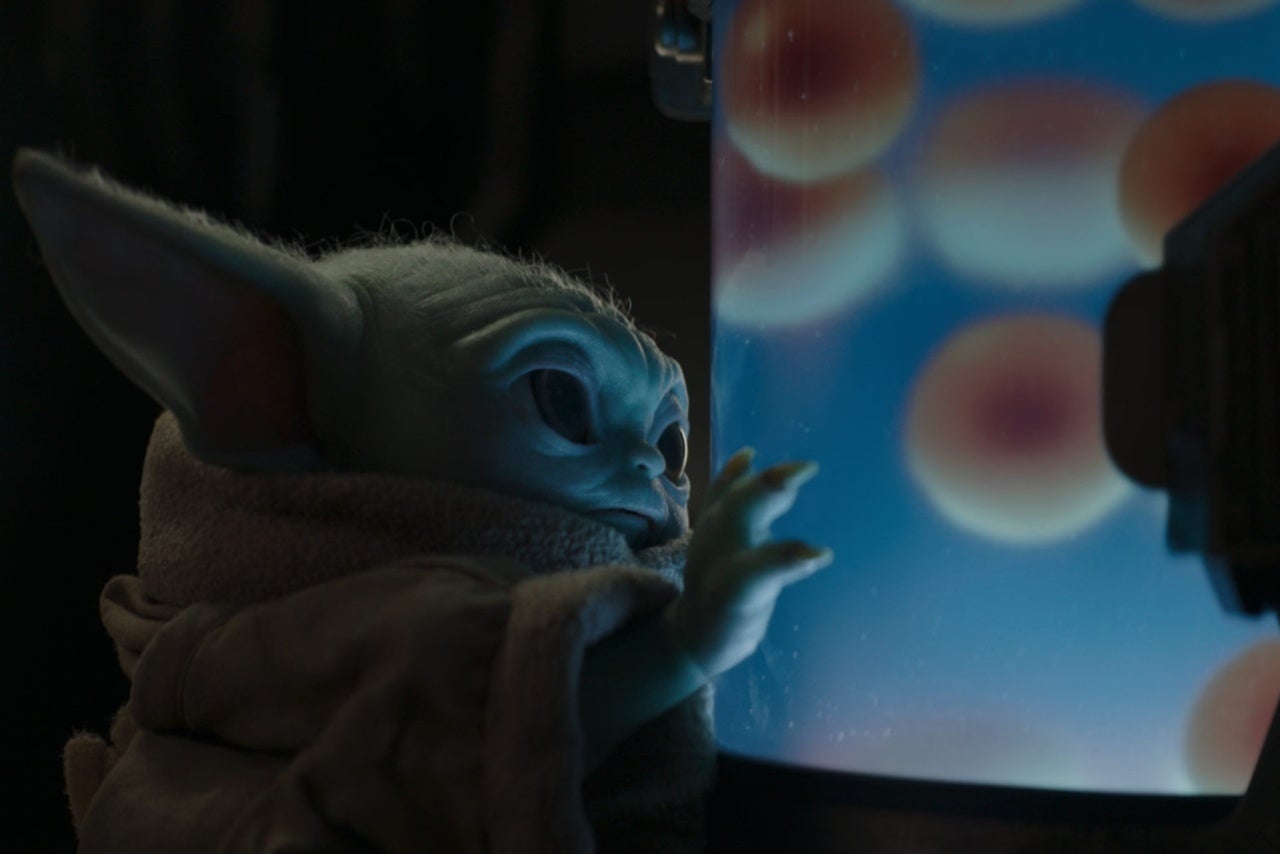 When new episodes of The Mandalorian debut, there’s often no telling what elements of each adventure will resonate most strongly with Star Wars audiences, with last week’s episode seeing some viewers have an unexpected change of heart about Baby Yoda after they witnessed him eating “Frog Lady’s” eggs. Lucasfilm creative art manager Phil Szostak offered his own perspective on the matter and noted that, while some viewers are understandably upset, that there’s no difference between Baby Yoda eating these eggs and audiences eating unfertilized chicken eggs from the grocery store. He did, however, note that he understood why some audiences might remain disappointed in the loveable character.

“For the record, Chapter 10 of The Mandalorian makes it clear that the Frog Lady’s eggs are unfertilized, like the chicken eggs many of us enjoy. But obviously, chickens aren’t sentient beings and the Child eating the eggs is intentionally disturbing, for comedic effect,” Szostak shared on Twitter. “Fans of horror know that disturbing things make some of us laugh and some of us squirm, or both. Your mileage may vary.”

For the record, Chapter 10 of #TheMandalorian makes it clear that the Frog Lady’s eggs are unfertilized, like the chicken eggs many of us enjoy. But obviously, chickens aren’t sentient beings and the Child eating the eggs is intentionally disturbing, for comedic effect.#StarWars https://t.co/Js51fLpE3C

In the episode, Din Djarin is enlisted to transport the unnamed Frog Lady to reunite with her husband, as she carries with her eggs that represent the last of her family’s lineage. When they embark on their journey, the canister appears to contain as many as two dozens eggs, but Baby Yoda’s stomach gets the better of him and he manages to eat a few, despite admonishment from his caretaker.

While most of the “backlash” to the adorable character is in jest, the specificity that these eggs are the Frog Lady’s last opportunity to continue her family means that, for every egg Baby Yoda eats, the smaller the number of her potential brood. The cute character might not be eating unborn young, but he’s still reducing the family’s chances of survival.

With Din Djarin and The Child still having Frog Lady as a passenger, it’s unclear what the fate of her eggs might be in upcoming episodes, though we hope she eventually reunites with her husband so the floating treats are out of harm’s way.

New episodes of The Mandalorian debut on Disney+ on Fridays.

What do you think of the situation? Let us know in the comments below or contact Patrick Cavanaugh directly on Twitter to talk all things Star Wars and horror!