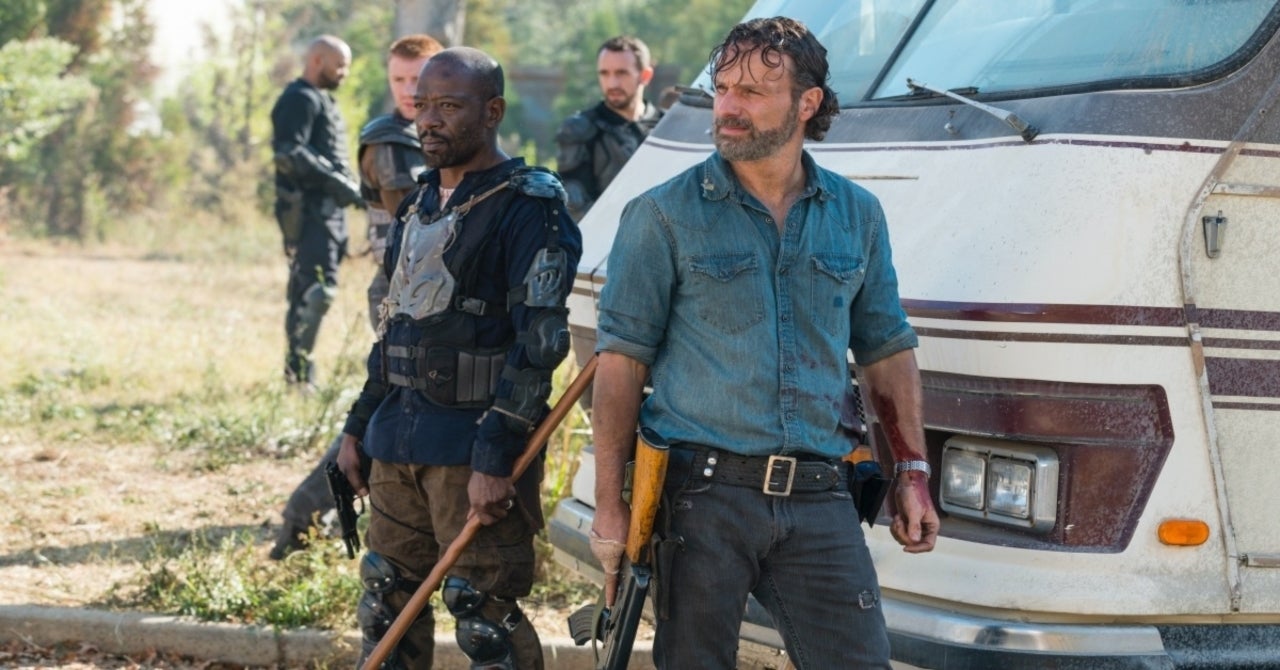 The Walking Dead star Lennie James wants to have “closure” between his Morgan Jones character and Andrew Lincoln‘s Rick Grimes before the franchise comes to an end. Morgan is one of the few surviving characters to appear in The Walking Dead‘s series premiere in 2010, where Morgan and son Duane (Adrian Kali Turner) became the first survivors encountered by Rick post-zombie apocalypse. James would exit the mothership show at the close of its eighth season, switching over to spinoff Fear the Walking Dead as its new lead, while Lincoln would depart the series before the midway point in its ninth season.

Lincoln is due to reprise the Rick Grimes role in the franchise’s first Walking Dead feature films, while the flagship television show is marching to an end with its eleventh and final season spanning 24 episodes between 2022 and 2023.

Asked during an online Q&A whether he agrees that the Rick-Morgan storyline deserves closure, James responded, “I agree with anything that means I will be back in the company of my mate Andy! So yes, if closure does it, then let’s have closure!”

During the Reddit Q&A for Save Me Too, the second season of the drama-crime thriller created by and starring James, the actor said he misses working on the Georgia-shot Walking Dead but enjoys working on the sixth season of Fear in Texas.

“I miss my friends. I miss Atlanta,” he wrote. “That said, I’m really enjoying Austin and what we’re doing over here on Fear.”

James, who has expressed a willingness to crossover into the feature film side of the franchise, is among the Walking Dead stars who reacted after network AMC announced the show’s conclusion in September:

“Like everybody, I was surprised. But like everybody, we all knew at some point everything comes to an end,” James said during the virtual Walking Dead Universe Preview Special. “[The show’s legacy is] the thing that’s going to be most important, the actors that it has introduced people to, and has introduced to the world. And what it has done for television, how it became such an unlikely and phenomenal success, and how it expanded the scope of what’s possible in television … I think it’s sad that it’s going, it’s inevitable at some point it had to go. But I think what it’s achieved and what it’s done, it will be hard for any show to match, really.”

Because Rick and Morgan’s relationship dates back to the very first episode of The Walking Dead, Lincoln believes they’re destined to cross paths again — someway, somewhere.

“There was a sort of sense, certainly, with Lennie, that it’s until we meet again. It’s always been that way with Rick and Morgan,” Lincoln told EW after James exited The Walking Dead in 2018. “I don’t know, there’s something in the air, that I feel that it’s not quite the end yet for Rick and Morgan.”

Follow the author @CameronBonomolo on Twitter for all things TWD. New episodes of Fear the Walking Dead premiere Sundays at 9 pm ET/8c on AMC.