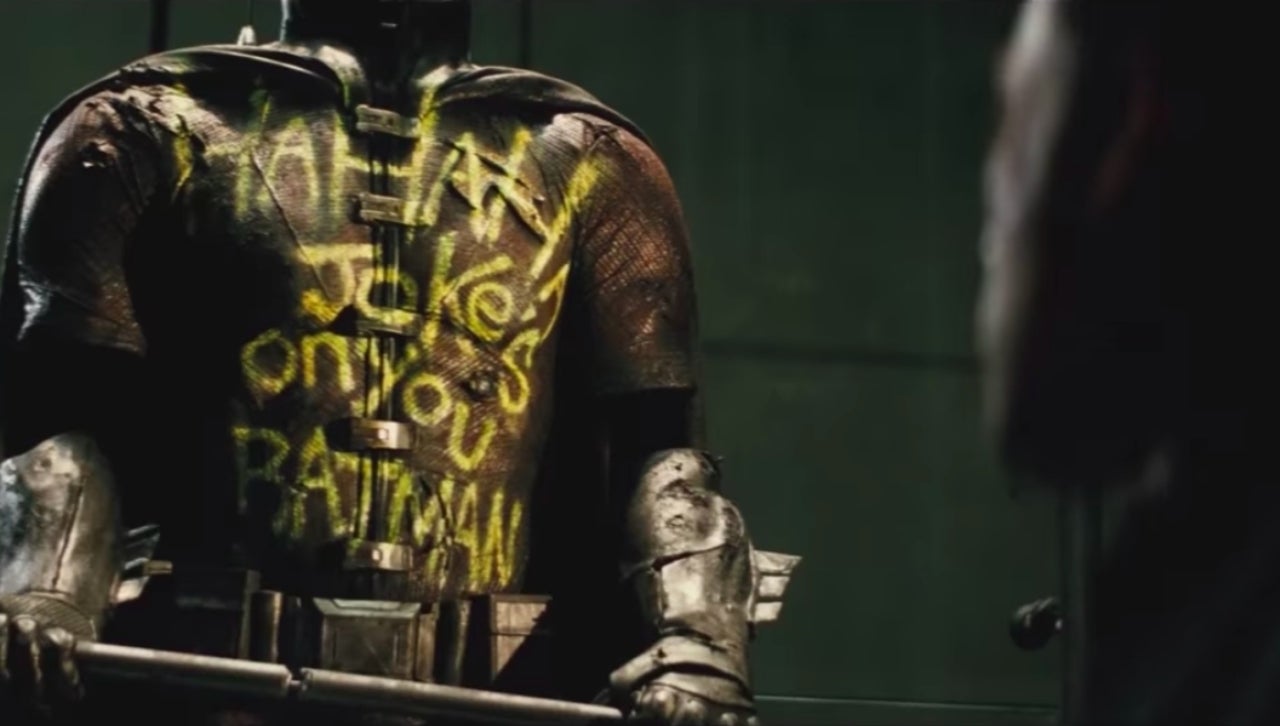 At some point prior to Batman v. Superman: Dawn of Justice, Joker (Jared Leto) and Harley Quinn (Margot Robbie) brutally murdered Robin. Though viewers didn’t see Dick Grayson in the flesh in the movie, the character’s suit appears as Bruce Wayne (Ben Affleck) looks at it for a source of inspiration. Now, BvS and Justice League helmer Zack Snyder may have finally revealed how the character died.

Taking to his social media network of choice, Snyder liked a fan theory pointing at how Robin may have been killed. The Vero post in question used screenshots of a tweet where a fan theorist explains Grayson was probably killed by Joker in Wayne Manor, before the villain set his body on fire. The theorist explains that’s why Wayne Manor is but a shell of its former self in the DC Extended Universe. Snyder “liked” the post, so at the very least, the theorist is on to something.

“If Zack and David stick with the story of having Joker brutally beat Robin to death, then set his body on fire, then there’s no dobut in my mind that i ahppened in Wayne Manor and the fire is what left the house looking like that,” @ForeverSquadDC tweeted. “Another thing to think about with this if true is that Joker probably knows Batman’s true identity but chooses to keep it a secret as he doesn’t want his twisted back and forth relationship with Batsy to end.”

Snyder previously discussed the murder around the release of the movie, saying it was intended to plant a seed that he may have explored at a later date. With the filmmaker returning to set for Zack Snyder’s Justice League, it has yet to be seen if we’ll see a version of Grayson added to the movie.

“In my mind, it was that Robin had died 10 years earlier, during some run-in with a young Joker,” Snyder said at the time. “So there was a fun backstory there to play with. I felt like the whole idea was that there had been loss and there had been sacrifice. In a weird way, he had sacrificed everything to be Batman. He doesn’t really have a life outside the cave. I thought that including Robin, a dead Robin, was helping us understand that he’s been on quite a little journey.”

What other characters do you hop to see pop up in the Snyder Cut? Let us know your thoughts in the comments section!

Worst X-man Ever – Complete Story | Comicstorian
The Mandalorian Teases the Return of One of the Biggest Villains in Star Wars
The Expanse to End With Sixth and Final Season on Amazon
Star Wars Jedi: Fallen Order Mod Brings The Mandalorian Into the Game
Daredevil Fans Launch Final Campaign Before Marvel Studios Scores Rights