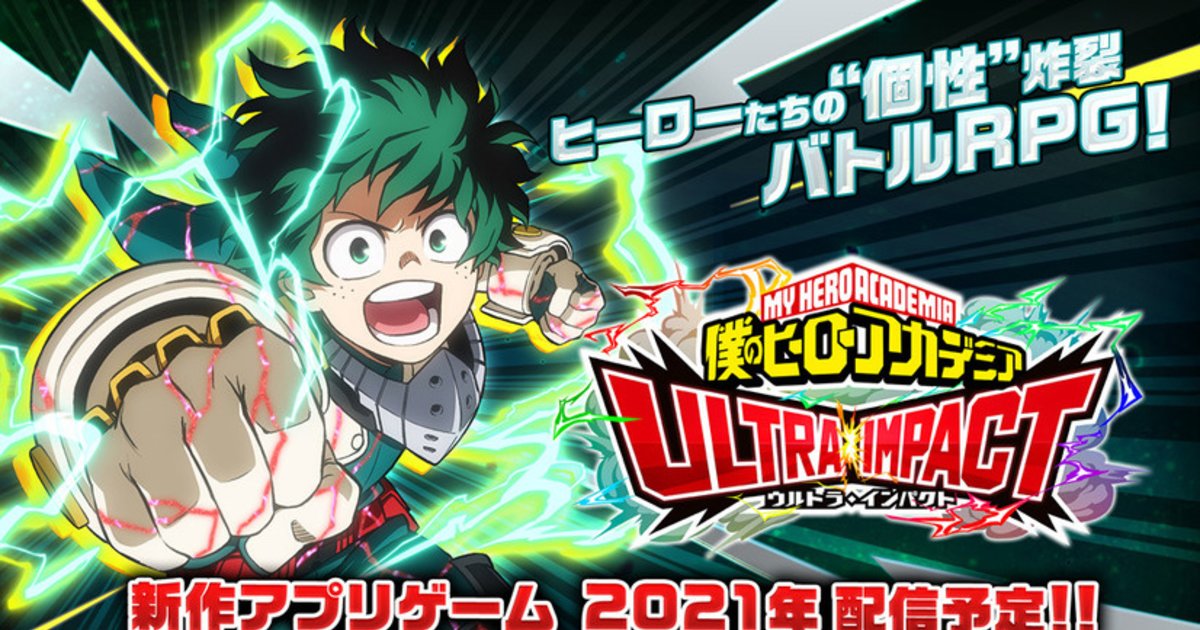 The game will allow players to train their heroes and battle 3-on-3 as well as customise their hero base, while also including a story mode featuring familiar scenes and villains from the TV anime.

Players are currently being sought to participate in the beta trial (Android devices only) which begins on Nov. 6. Applications are open until Nov. 2 via the official website.

Beginning with Horikoshi Kouhei’s manga, My Hero Academia is set in a world in which possessing superpowers known as “Quirks” is the norm. The series follows the adventures of Midoriya Izuku (known as Deku), a Quirkless student of superhero academy U.A. High School.

My Hero Academia: Ultra Impact is slated for release for iOS and Android in 2021.