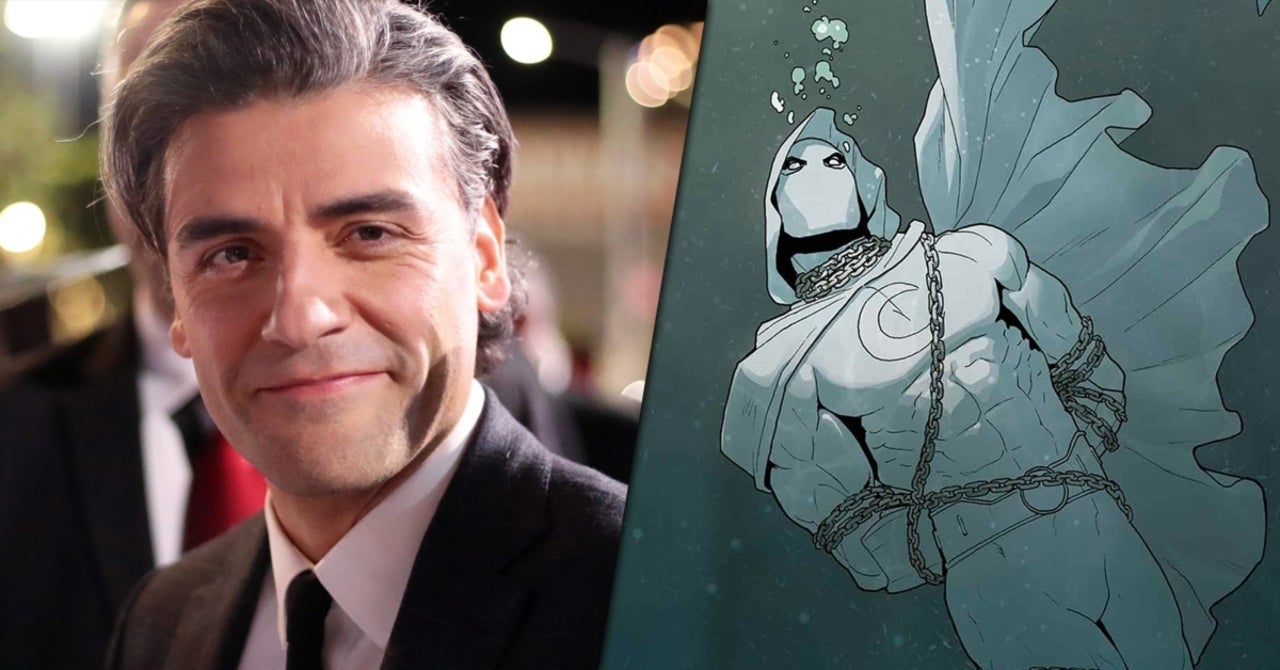 At last, it would seem the Marvel Cinematic Universe has found its Moon Knight. Monday morning, Marvel Studios started the week off firing on all cylinders as it was revealed the production house is currently negotiating with Oscar Isaac to play Marc Spector. As one might expect from the news, fans of the Star Wars stand-out quickly flocked to social media raving about the news. It was only but a matter of time before some gifted MCU fans were able to produce fan art of the character in the role and now, we have our best look yet at what Isaac could look like as the Fist of Khonshu.

The look comes from fan artist @Venomhology, imaging the suave X-Men: Apocalypse alumni as the cult Marvel hero — iconic white suit and all. See the fan art for yourself below.

Moon Knight will likely be the first time Marvel Studios dives into some heavier content, due to the character traditionally skewing to older audiences. While that doesn’t necessarily mean something R-rated, Blade star Mahershala Ali has recently suggested the Kevin Feige-led studio will go to darker places as it moves on from Avengers: Endgame.

“Since they were having conversations about bringing it back into being, I just wanted to be considered for it because I had definitely a connection, at least in my mind, to Wesley Snipes going back to high school,” the Oscar-winner said earlier this month. “People use to joke and say that we looked alike and all this stuff. Sometimes people try to throw a little dig on you, they call me his character name. They call me Shadow from [Spike Lee jazz drama] Mo’ Better Blues or whatever, right?”

Ali added, “I just brought it up as someone who really wanted to take on that [Blade] role and tackle that.” On what drew him to the Marvel Comics character, he said, “I love that it’s darker. That’s all in terms of tone. He’s a little bit darker than some of the other ones and so that element was attractive to me.”

Moon Knight has yet to get a release date from Disney+.

What do you think of the casting? Let us know your thoughts either in the comments section or by hitting up our writer @AdamBarnhardt on Twitter to chat all things MCU!