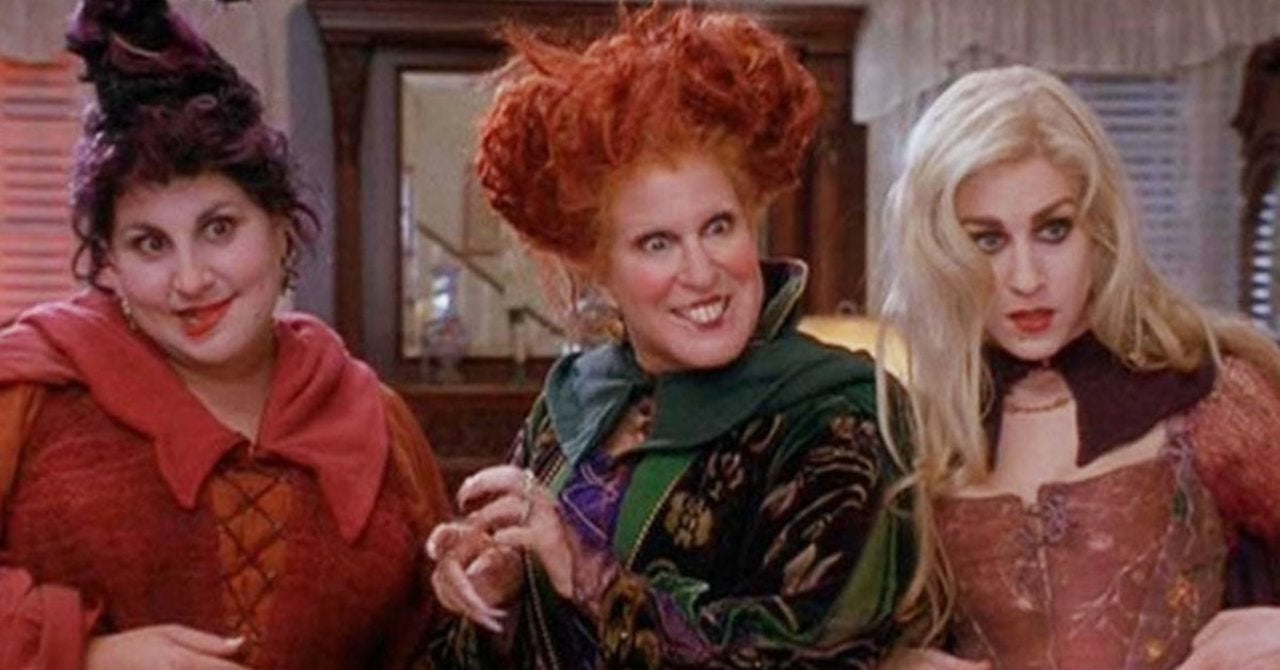 Progress on a majority of movies and TV shows are currently delayed due to the coronavirus pandemic, but as we wait for official confirmation on when the announced Hocus Pocus sequel will be moving forward, original star Bette Midler claims that she, Sarah Jessica Parker, and Kathy Najimy are all on board to return as the Sanderson Sisters. With most of Midler and her co-stars’ comments in recent years about returning to the series being their expression of their interest in such an opportunity, these latest remarks seem to confirm these talks aren’t merely that it would be interesting, but that they are actively in talks with Disney to reprise their famous roles.

“They want to make a movie, they’ve asked us if we were interested and of course all of us said yes,” Midler shared with ET Canada. “I’m game, I’m totally game.”

Given the number of vagueries around the project, fans will still be left to wonder when we’ll get any official updates on the sequel, but with Midler, Parker, and Najimy all reuniting this week for a benefit event, it could mark the perfect opportunity to announce that they have officially signed on to the project.

These latest comments echo remarks the actress made earlier this month to Entertainment Tonight about her return. When discussing her interest in the new film, Midler claimed she was “absolutely” interested in reprising her role as Winifred Sanderson, while adding, “I can’t wait to fly!”

When asked more explicitly about the return, she seemingly confirmed her involvement in the new film, by noting, “We’re just talking logistics.”

Understandably, with 25 years having passed since they originally played the characters and the plan for the sequel being kept under wraps, the return of the original stars is something fans had hoped for, but a potential reboot or reimagination of the original concept was something we couldn’t rule out. While we might not know when the sequel can move forward, it would seem as though it’s only a matter of time before more details are confirmed.

Fans aren’t the only ones who will be excited by the return of the original stars, as writer Mick Garris detailed that the key to the movie’s longevity is those performances.

“I’m excited about [the sequel], but I really think the main reason the movie worked was the Sanderson Sisters, those actresses in those roles, those performances, that I think is the key to that movie’s long life,” Garris shared with ComicBook.com. “It was only modestly successful when it came out, at best. And I think they are the reasons that it’s still around since it came out in 1993. And I would love to see them return in it. I think that’s the plan, but I don’t know. I heard that that is what’s happening, and I believe it’s going to be for Disney+, but I’m not involved in it, which is fine. You don’t always want to revisit all of the touchstones of your past.”

Stay tuned for details on the Hocus Pocus sequel.

Are you excited by this news? Let us know in the comments below or contact Patrick Cavanaugh directly on Twitter to talk all things Star Wars and horror!