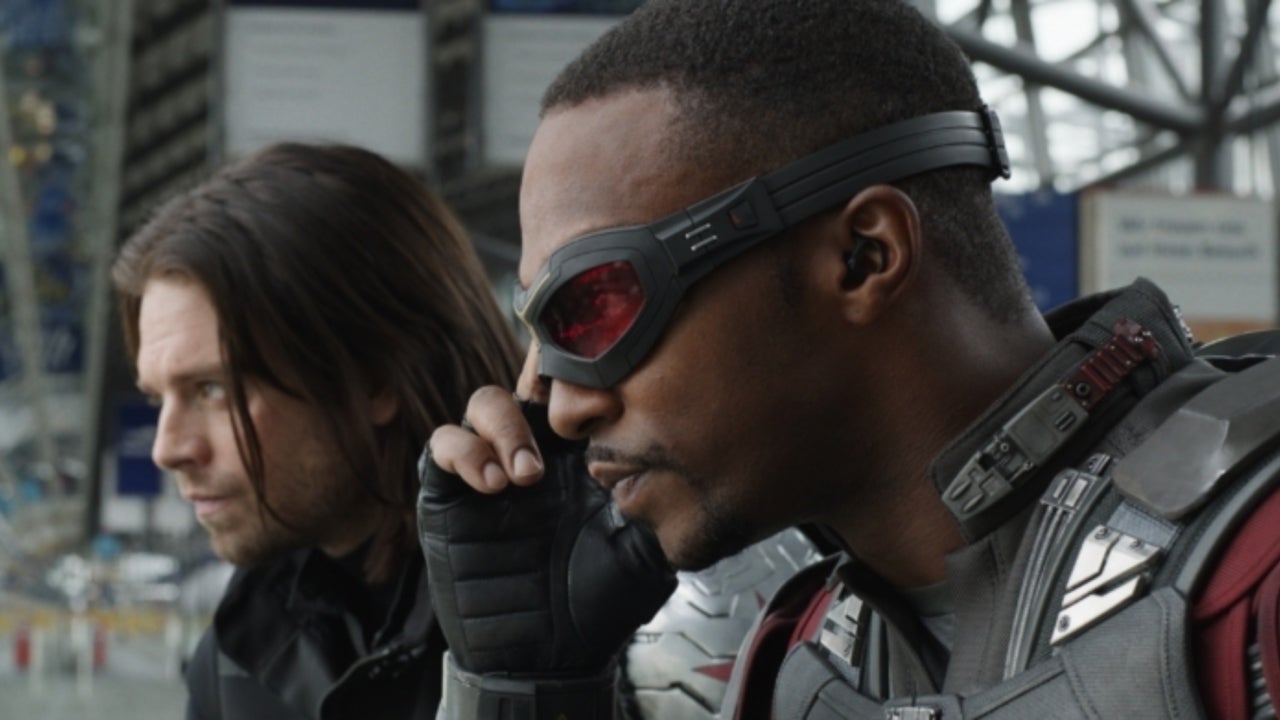 Earlier this year, I sat across from Anthony Mackie to talk about his season of Netflix’s Altered Carbon (which was pretty good, by the way). You can see the interview in the video above. At the time, he had filmed a few episodes of The Falcon and The Winter Soldier but was coming up on a break in production which, at the time, no one knew was coming. While talking to the actor who has played Sam Wilson in the Marvel Cinematic Universe, nothing really jumped out as him being any bigger in the arms than usual. Sure, he was in great shape, but new photos from the set of The Falcon and The Winter Soldier show that he may have bulked up quite a bit during the unexpected off-season. Captain America is a big boy now.

Mackie and Sebastian Stan returned to Georgia to carry out the rest of the production on The Falcon and The Winter Soldier in September. It was estimated at the time that the series still had to shoot about half of its episodes, if not also reworking a little bit of what they had captured before. Photos started to pop up left and right from the set but recently Mackie emerged from his trailer in a sleeveless tank top and the dude’s arms have just popped!

Mackie appears to have bulked up big time to play The Falcon this time around, a role which many expect to see become one which takes on the mantle of Captain America after Steve Rogers handed over the shield in Avengers: Endgame. Check out the photos of Mackie showing off the pipes in the tweet below.

Some of that size might come from carrying around that big ole shield on set. During that early 2020 interview with Mackie, the Super Bowl trailer for Marvel’s Disney+ shows had recently aired for the first time. Mackie opened up about the footage which saw him tossing the shield around and that’s not quite as easy as he made it look. “That thing is heavy dude,” Mackie said. “That thing is like 12 pounds. So, you’re standing there with 12 pounds on your arm all day after a while your shoulder just gives. So, we have some pretty cool shield throwing sequences.”

“I was surprised that they used me because you have a double, a dude that looks like you who’s like a gymnast and he does all this stuff. That’s when they’re like, ‘All right, Anthony, you do it.’ And I’m like, ‘Dude, you just saw what this dude did! How you gonna asked me to do that?'” he said. “So, I was surprised when I saw the Super Bowl trailer that they actually used me throwing the shield.”

Good for Mackie. He’s putting in the work and reaping the rewards and clearly aiming to do the Captain America mantle plenty of justice.

The Falcon and The Winter Soldier does not yet have a release date.