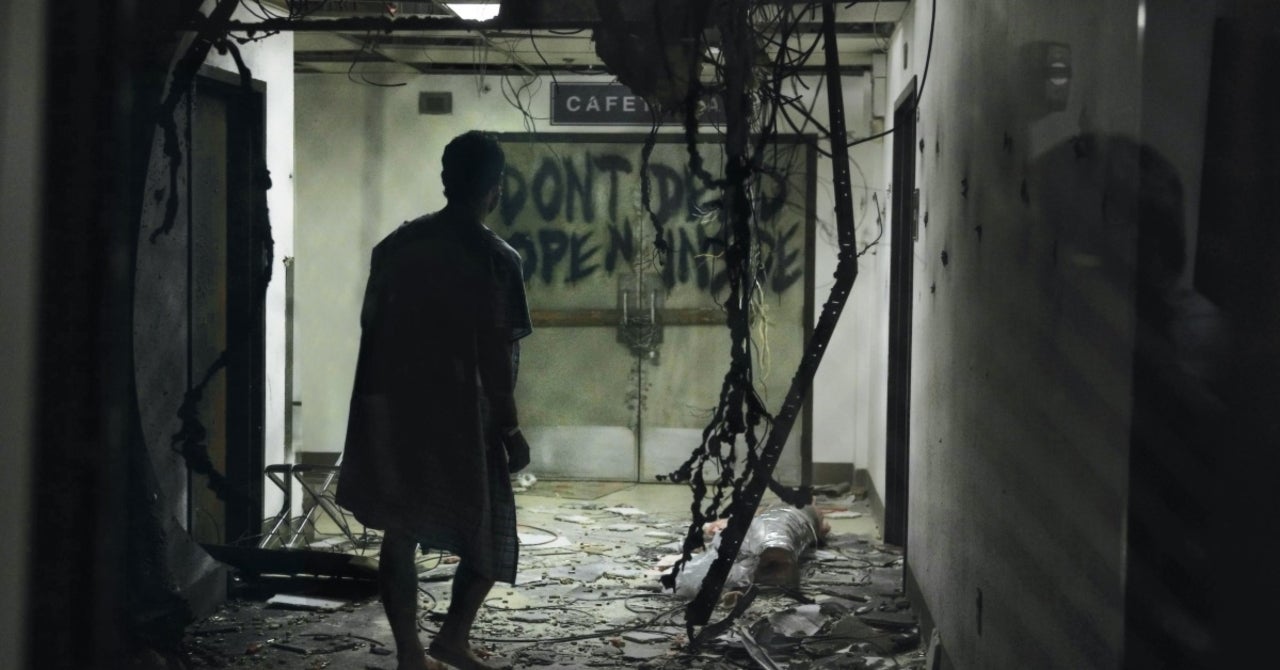 The Walking Dead is officially ending with its eleventh season. The news of AMC’s allowing its flagship zombie drama to conclude broke earlier this year, as the cast and crew were notified by showrunner Angela Kang and chief content officer Scott Gimple. Of course, an ending for the series seems contrary to the promises of The Walking Dead being the zombie movie that “never” ends. While the main series will end, there will be at least two new spinoff shows spawning following its conclusion in 2022. In a recent interview, Gimple interview opened up about the decision to end The Walking Dead.

“This came out of conversations with AMC and ultimately they made this call, obviously,” Gimple tells THR. “And so [The Walking Dead showrunner] Angela Kang and I, thinking about it was… I don’t know, it’s incredibly heavy.” Gimple served as showrunner in previous seasons, until Kang took over with Season 9 and Gimple moved up the franchise ladder to chief content officer. Before being showrunner himself, Gimple had written several episodes of the series.

“We have all these Walking Dead things ahead, and even with so many of the people that we work with, and in fact I’m hoping it’s with most of the people in one direction or another with Tales, Daryl and Carol, other stuff,” Gimple explains. “I don’t know, it’s still incredibly heavy.”

“I remember reading about long running shows ending. I remember reading an EW article about the end of Star Trek: The Next Generation. The end of Lost. And even the end of MASH when I was a kid,” Gimple recalls. “And it was always hard for me to wrap my mind around eight years, 10 years, 11 years. And I think the thing that’s most weird about it is how quick it all went. It doesn’t feel like 10 years. It doesn’t feel like 11 years. And so I loved doing it. I’m talking about when I was a showrunner; I loved doing that so much. It was so intense. And it’s so inside the story in every way, that I think I never really got to appreciate all of it when I was doing it. In some ways, even I get to appreciate it more in the position I’m in, because I’m not totally slammed with specifically showrunner stuff. And I don’t know… it all went by too fast. I mean, that’s how I feel. It all went by way, way, way too fast.”

Looking back at the journey, Gimple does admit that more than a decade of Walking Dead has flown by faster than expected. “It’s crazy. I mean, there’s all these little things happening [in the world right now], some very big and major things happening, that it’s like, ‘Oh, sh-t, this is what growing up is,'” Gimple says. “And it both makes you feel old because, oh my gosh, all that time has passed, and young because this is the first time it’s happening. This is the first time I’m recognizing like, oh shit, this is growing up. So it makes me feel super nostalgic, and even nostalgic for a lot of stuff I missed. Yeah, it’s heavy, just to put a fine, trite point on it.”