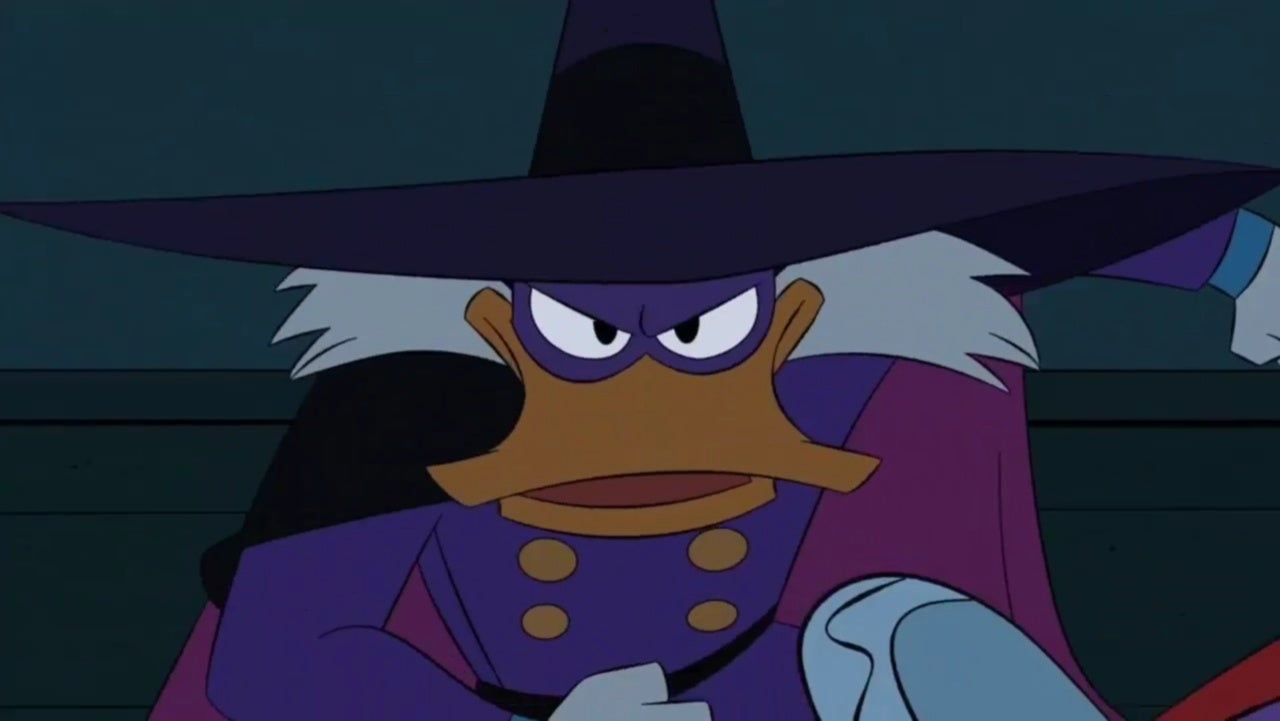 DuckTales producers Matt Youngerberg and Frank Angones believe that “family” is a central theme for Darkwing Duck. The Disney Afternoon legend is back for the upcoming episode “Let’s Get Dangerous!” Launchpad, Gosalyn, and Darkwing all get even more shine in the longer entry of the series. The duo talked to SYFY about their show, and how the Disney Afternoon universe is coming along. (There’s a large contingent of fans that would love nothing more than all those individual shows to make a grand return.) So, in true Disney fashion, you can’t make way for all that throwback goodness until the major players are accounted for. That means Darkwing has to be front and center.

“So much of the show has been about expanding the world of DuckTales, not just cameos but also the world of the McDuck family,” Angones mentioned. “So it felt like the right time to see how Launchpad’s world is going to grow a little bit and to bring in these characters.”

“Darkwing Duck is the story of a father, a daughter, and a Launchpad and how they operate as a family. It’s really important to recognize that without Gosalyn and Launchpad, Darkwing Duck would spin off into his own egomaniacal attention-hungry nonsense,” Angones says of the character. “It’s the heart of this. A girl becoming a hero and a hero becoming a dad and also this foster narrative of trying to find your family and finding it in an unexpected place that I felt was really important.”

Going further about the goals of Season 3, the producers also talked to D23 about the biggest them of this season.

“We’ve been seeding a lot of things with Darkwing for a while,” Youngberg chimed in. “There was a lot of stuff early on where the fans of Darkwing were very curious what we were going to do because we were making it a show-within-a-show, which makes it a lot different from the original Darkwing Duck mythos.”

Will you be checking out DuckTales’ newest episode when it airs? Let us know down in the comments!