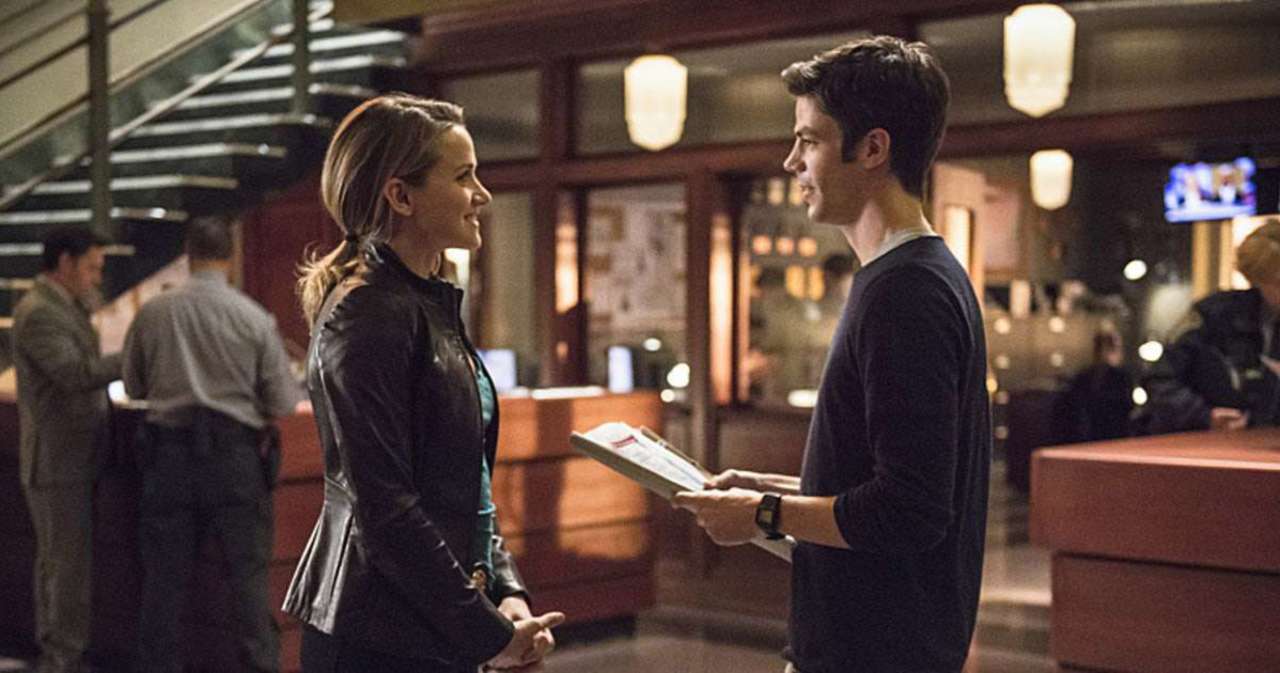 It’s been five years since The Boys star Shantel VanSanten appeared in another superhero television series, the second season of The CW’s The Flash as Patty Spivot, Central City Police officer and love interest for Barry Allen. However, despite Patty being built up as part of Barry’s life, the character disappeared almost as quickly as she arrived in Season 2, leaving Central City by train after confirming for herself that Barry was, indeed, The Flash. If it seemed like an abrupt departure it’s because it was. VanSanten says her time on the show was cut short by its then-showrunner.

In an interview with TVLine, VanSanten was clear that even going into things she had no illusion that Patty and Barry would be a long-term thing. From the start, she knew it was ultimate a Barry/Iris story.

“There are foundational cornerstones in every comic book that fans really are invested in and want to see, and Barry and Iris ending up together was always going to be the ultimate,” VanSanten said. “I got to be ‘a few stops on the train ride,’ and I am so grateful, because playing Patty was so much fun. We just had the best time.”

But things got complicated when VanSanten booked a role on another series and while she had worked things out so that she could finish her time on The Flash, she was quickly written out, something she attributed to a disgruntled, now-former showrunner.

“I don’t think it was supposed to end as quickly as it did,” she said. “I don’t know if a whole lot of people know this, but I actually worked it out with my contract so I could finish the whole season and be around. But a showrunner that’s no longer on that show was very upset with me, and so he put me on a train all of a sudden, and I left.”

She went on to say that she thought things would cool down and she could come back, but acknowledges that so many seasons have since passed that “Barry is in such a different place as a character now that it would be an odd divergence from the story.”

During The Flash’s second season, Andrew Kreisberg was one of the series’ showrunners but departed in November 2017 following allegations of sexual harassment. Todd Helbing and Aaron Helbing were also co-showrunners during that season, with Todd leaving in Season 5 (he is now showrunner for Superman & Lois) and Aaron leaving after Season 3.

While things didn’t work out for VanSanten on The Flash, she did say that she continues to be friends with much of the show’s cast.

“It was a bummer that somebody allowed their own personal feelings to come in the way of what was best for a story,” she said. “I’m glad that person’s gone, and they’ve resolved so many of the issues on the set that were because of him. I’m still friends with a lot of the cast, and that feels great.”

What do you think about VanSanten’s comments about how Patty Spivot left The Flash? Let us know in the comments.