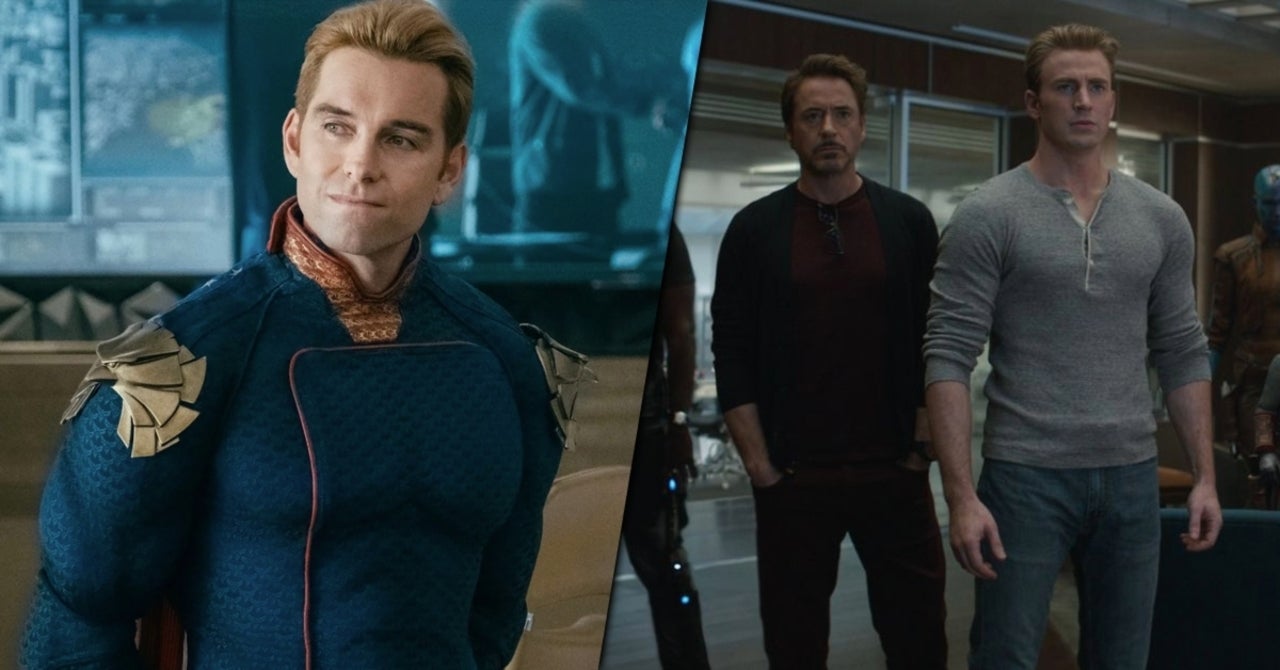 Say you put Homelander (Antony Starr) in a room with the Avengers — which characters are going to be able to walk out of there alive? According to one eager fan of both the Amazon hit and the MCU, Homelander could easily decimate heroes along the lines of Captain America (Chris Evans), The Hulk (Mark Ruffalo), and more.

Full disclosure: spoilers for the finale of The Boys Season Two up ahead! Proceed with caution if you’ve yet to see the episode.

Using clips from the tail end of the season, Redditor u/leunnam was able to piece together a scene where Homelander uses his laser vision to decimate the members of Marvel’s premiere superhero team. On The Boys side, the scene in question comes from a moment in the finale when Homelander is looking for his son, only to find out a Vought-sanctioned SWAT team had worked with Butcher (Karl Urban) and The Boys to distract the supe. On-screen, Homelander goes on a rage and uses his powers to vaporize all involved.

On the Avengers side, however, a brief clip from Avengers: Age of Ultron is used when the group is momentarily hanging out in Hawkeye’s (Jeremy Renner) Midwestern home. Using superb timing and just the right clips add up to the perfect end result, one which you can see below.

Homelander kills The Avengers from r/marvelstudios

As expected, Homelander faced zero physical threats this year — other than the introduction of Aya Cash’s Stormfront. Because of the character’s invincibility, series creator Eric Kripke mentioned earlier this year he and his writer’s room are doing what they can to break the character down from the inside out.

“At the moment there aren’t many physical ones, but there’s so many psychological ones that that’s what we kind of lean to,” Kripke said at the time. “Anthony has said many times, and I agree, that Homelander is the weakest character in the show. So we’ve never really gotten into the ‘How do you stop him physically?’ But there are a lot of ways to stop him psychologically.”

“He finds his human vulnerability so hateful and he hates that part of him and he tries to subsume it, and yet it is part of who he is,” he added. “And so he hates a part of him that he can’t ultimately control, and so that kind of leads to a snake’s nest of psychoses. At the moment, that is his current weakness.”

Both seasons of The Boys are now streaming on Amazon Prime.

What’d you think of the second season of the Amazon hit? Let us know your thoughts in the comments section!

Photos Show Anthony Mackie Got Really Big to Play Captain America
Suicide Squad: Could Jared Leto’s Joker Return Mean the Ayer Cut Is on the Way?
Injustice Side Story “Where Are The Titans?” | Comicstorian
Borat 2: Sacha Baron Cohen Stayed in Character For Five Straight Days to Hang Out With Conspiracy Theorists
How to Pray At A Shrine: Teach Me, TOM Senpai!