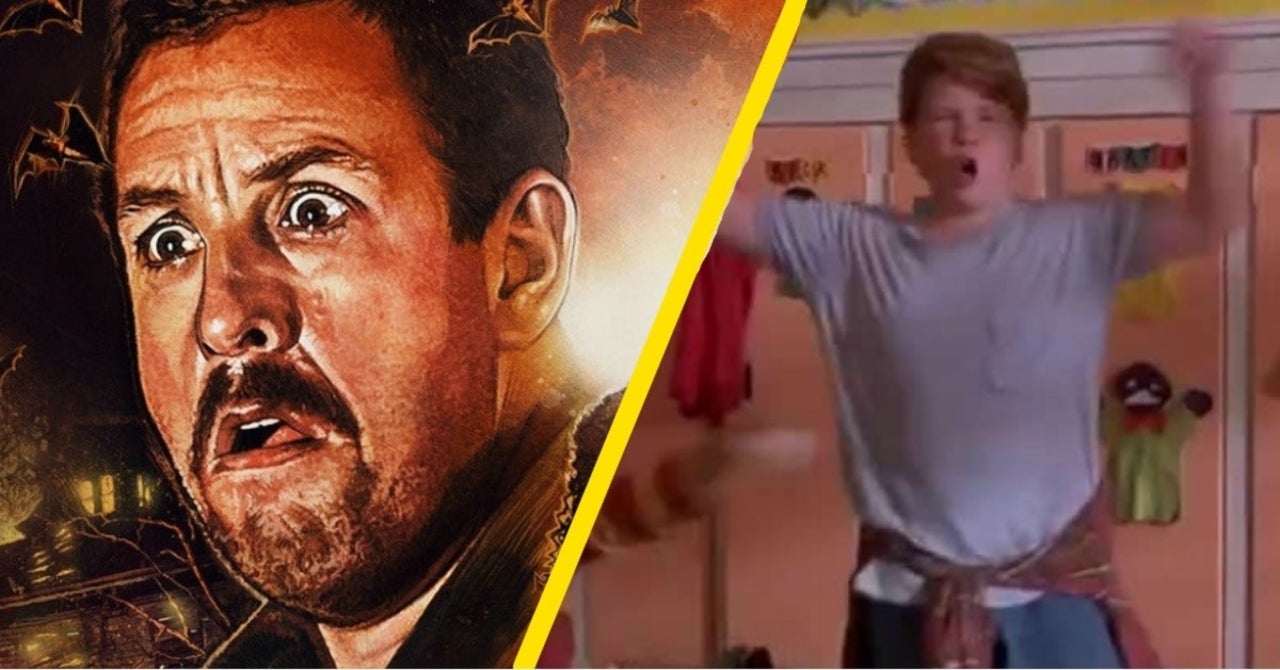 Hubie Halloween, the new spooky comedy from Adam Sandler, just hit Netflix and it’s filled with some great easter eggs from other Sandler movies. Fans of Happy Gilmore not only saw a reunion between Sandler and Julie Bowen, but Ben Stiller made a cameo as Hal. In Happy Gilmore, Hal was the abusive orderly at the nursing home where Happy’s grandmother lived. That wasn’t the only classic Sandler movie to be referenced. Billy Madison lovers were not left out when a very familiar line was shouted towards the beginning of the movie.

Sandler’s Hubie gets bullied by many people throughout the film, and one middle school-aged offender shouts “O’Doyle rules” after messing with Hubie. It’s nice to know there are still some members of the O’Doyle family left after many of them died in a car crash during Billy Madison.

In addition to throwing it back to some of his older movies, Sandler’s movie also poked fun at Harley Quinn. During the movie, three women who work at the news station are all dressed in Harley Quinn’s Suicide Squad outfit, and later a little girl is seen trick or treating in the outfit.

Hubie Halloween marks Sandler’s first Netflix original since Murder Mystery, and his first starring role since Uncut Gems. Fans have been waiting to see what’s next for Sandler, especially since he promised folks that he would follow Uncut Gems with the worst movie he’s ever made if he didn’t win the Oscar. (While we certainly would not call Hubie Halloween one of his best, we also would say this probably doesn’t count as his worst, either.)

Hubie Halloween is directed by Steven Brill with a script that Sandler co-wrote with Tim Herlihy. Sandler also produced the film alongside Kevin Grady and Allen Covert.

Have you watched Hubie Halloween yet? What did you think? Were you excited about the Happy Gilmore and Billy Madison throwbacks? Tell us in the comments!