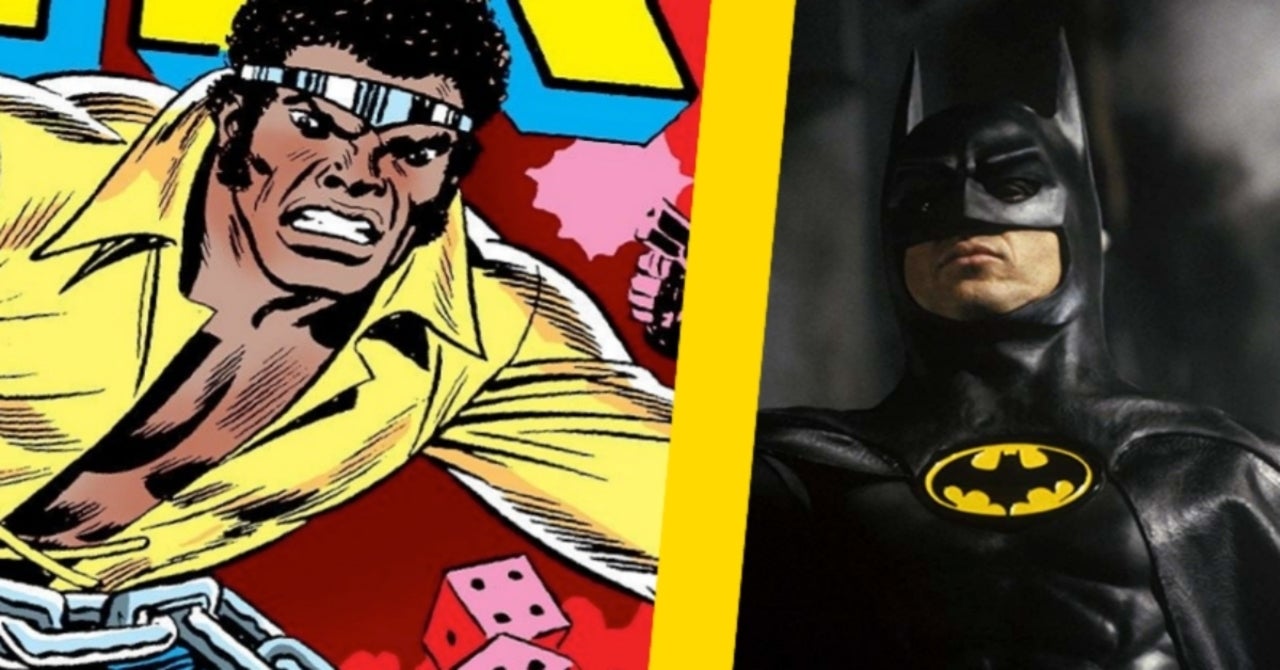 Batman franchise producer Michael E. Uslan once optioned the screen rights to Marvel Comics superhero Luke Cage, a never-made feature Uslan says would have been “the first real, true-blue Marvel movie.” In the wake of the blockbuster success of the Tim Burton-directed Batman in 1989, Uslan and actor Robert Wuhl pitched Luke Cage to Universal-based Motown Productions. The project — about the bulletproof and super-strong Harlem hero sometimes known as Power Man — was to take place in the late 1970s or early 1980s, and would have followed the unreleased Fantastic Four (1994) and the direct-to-video Captain America (1990).

“Way back, right after our first Batman movie, I optioned the rights from Marvel to Luke Cage, Hero for Hire. This was when Marvel was mired,” Uslan said during a virtual Wizard World panel with Wuhl. “All they had was Captain America, and Fantastic Four, neither of which could be released theatrically. Marvel was in a mess.”

“We had a meeting with Universal, Motown, where we talked about doing this as the first real, true-blue Marvel movie,” Uslan said, adding Wuhl “had some great ideas” for Luke Cage.

“We talked about ways to make it feel real and the tone of New York in the late ’70s, early ’80s. The whole world could have been changed,” Uslan added. “But he and I were on the verge of doing it, when what do you think happened right after that meeting? Motown folded and then Universal got sold.”

Marvel wouldn’t get its first hit until 1998’s Wesley Snipes-starring Blade, which predicated the success of the first blockbuster Marvel movie: 2000’s X-Men. In 2002, Sony Pictures would release what many consider to be the start of the modern superhero movie boom with Sam Raimi’s Spider-Man.

When the character’s screen rights reverted to now Disney-owned Marvel in 2013, Marvel Television and ABC Studios tapped Mike Colter to play the eponymous Cage in the since-canceled Netflix series that released in 2016.

SNL: 2019 Fortune Teller Predicts How Awful 2020 Would Actually Be
That Time I Got Reincarnated as a Slime Releases 2nd Key Visual!
Unpublished Final Fantasy Comic Details Revealed By Kurt Busiek
Here’s When Fear the Walking Dead Will Reveal What Happened to Sherry After She Left Dwight
The Walking Dead Showrunner Hints at Negan Origin Story in New Season 10 Episodes