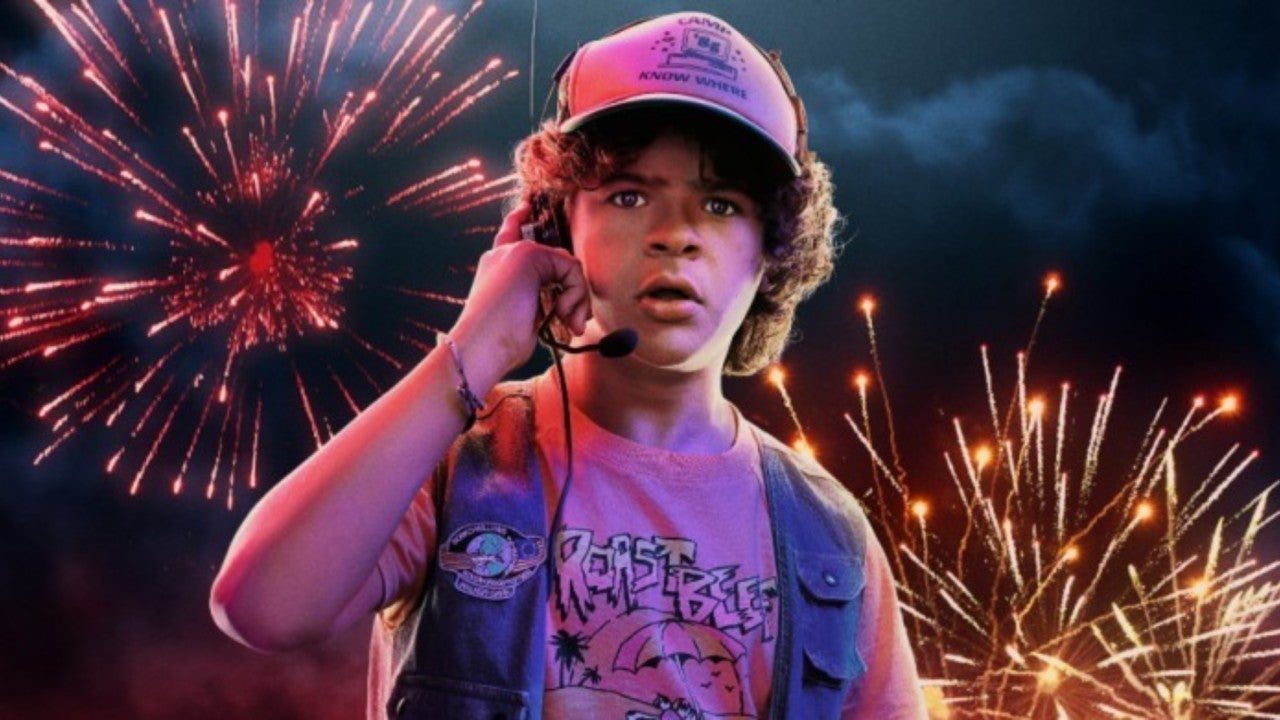 Stranger Things‘ fourth season has finally resumed production and fans have been getting tiny, fun glimpses at what’s to come on social media. The show’s official accounts shared a sign from the kids’ school and teased the return of the Upside Down. The latest image takes the cake, though. The Stranger Things writers account posted an adorable photo of Dustin Henderson (Gaten Matarazzo) showing off his pearly whites.

“Hi,” @strangerwriters posted. You can check out the photo below:

For months, David Harbour played coy about if his character could return after Hopper’s supposed death at the end of season three. However, he recently revealed that he has known this whole time what the plan for his character would be, but he wanted to play into fan speculation.

“I knew. We knew. We had talked about it,” Harbour shared with Total Film regarding his character’s return. “I just wanted to preserve the fantasy for everyone. And it’s such a weird position that we’re in now with so much media, that everybody wants to talk to you about it.”

He added, “I’m very close to [creators] the Duffer brothers, and I know where the story’s going, and I’ve known from the get-go. And I think that’s been the great thing about this story. In terms of Stranger Things, you’ll be able to look back at Season One and see a lot of things that happen further down the line that relate to that.”

The actor also noted that, in addition to being transported to a new location, his character will have evolved since we last saw him.

“I’ve had those discussions with them from the very first season,” the actor explained. “We were always interested in that idea of the Gandalf resurrection – Gandalf the Grey who fights the Balrog and then becomes Gandalf the White. It’s the idea of the resurrection of the character. And mythologically, Hopper, in a sense, had to change. I mean, you couldn’t go on the way he was going on. He has to resurrect in some way. So it was a great opportunity to do that. So we’ll see a very different guy going forwards. The same guy but in a different vein. It’s a very cool thing to be able to play.”