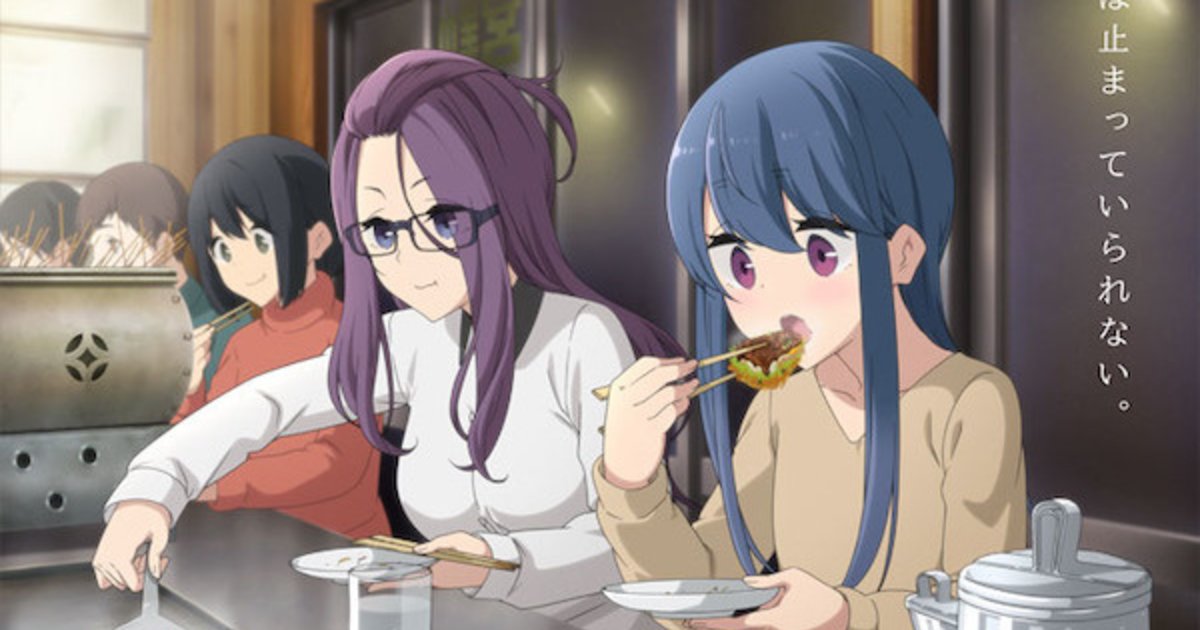 The visual shows the two enjoying a peaceful meal of okonomiyaki.

Adapted from the manga by Afro, the camping-themed series aired its first season in 2018. Kyougoku Yoshiaki will return to direct along with most of the original creative team.