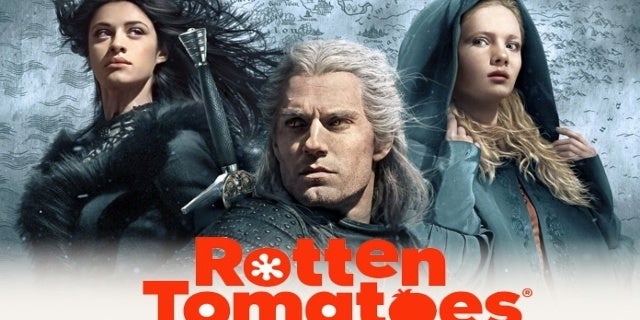 Netflix’s The Witcher has become a big-time success for the streaming service, and while it has been a bit divisive with critics, it seems the show has won over enough to nab a new fresh rating on Rotten Tomatoes. The show initially ended up in the high 50s but has now hit a fresh 60 with 65 total reviews. ComicBook.com scored The Witcher with a 4 out of 5, and aside from some confusing elements in regards to the multiple timelines, I really enjoyed the show’s first season. It seems many others did as well, as the Audience Score for the series is much higher than the critical consensus.

The Witcher has 14,856 user reviews and is sitting at an Audience Score of 93%. While fans seem to be digging the show, the series has also spawned renewed popularity in The Witcher 3: Wild Hunt, CD Projekt Red’s hit game that came out in 2015. The game has surged in player count on Steam and a search through social media reveals plenty of console players have either returned to the game or started it for the first time.

Granted, the show is based more on Andrzej Sapkowski‘s books than the games, but there are plenty of crossovers that fans of both will love.

You can find the official description for Netflix‘s The Witcher below.

“Based on the best-selling fantasy series of books, The Witcher is an epic tale of fate and family. Geralt of Rivia, a solitary monster hunter, struggles to find his place in a world where people often prove more wicked than beasts,” Netflix said. “But when destiny hurtles him toward a powerful sorceress, and a young princess with a dangerous secret, the three must learn to navigate the increasingly volatile Continent together.”

The Witcher is available to stream on Netflix now, and you can check out more from our Witcher coverage right here. You can also hit me up on Twitter @MattAguilarCB for all things Witcher!