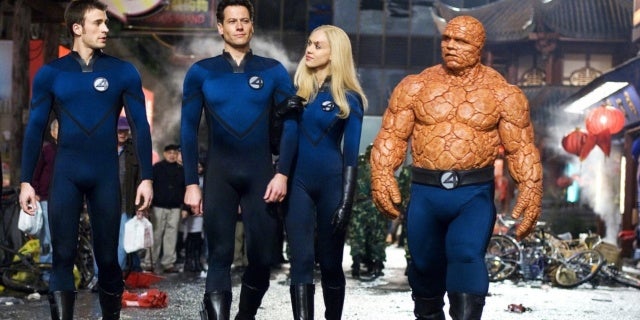 One of the biggest selling points for the new Disney+ streaming service ahead of its November 2019 launch was the inclusion of the Marvel Cinematic Universe. Some of Marvel Studios’ famed franchise had to be left off of the initial service lineup, due to existing streaming contracts with other services, but the majority of the Infinity Saga was included at launch. That roster included the biggest movie in box office history, Avengers: Endgame. While fans have been able to get their fill of the MCU films on Disney+, the Marvel movies released by 20th Century Fox have remained absent. It looks like that is finally starting to change.

The complete roster of PG-13 X-Men movies, save for 2019’s Dark Phoenix, recently debuted on Disney+ in Canada, but the service has yet to add them in the United States. That’s still the case, but the US Disney+ has now added its first Fox Marvel movie, Fantastic Four: Rise of the Silver Surfer.

This is the second of the two live-action Fantastic Four movies produced by Fox in the early 2000s, and its predecessor still hasn’t been added to the site. That’s likely a result of streaming rights and it wouldn’t be surprising to see it pop up some time in the near future.

Since Disney now owns Fox’s backlog of films, it has the ability to stream the majority of them on Disney+. Some fans have wondered, however, whether or not Disney had plans to add these Fox films, as the characters will eventually make their way into the MCU with new actors in the roles. Fortunately for fans of those films, it looks like Disney still has plans to stream them before folding the characters into its own franchise.

The addition of the Fantastic Four sequel is a bit of a surprise for users, as it wasn’t included in the list of titles that Disney had confirmed would be arriving in the new year. Much like the X-Men roster in Canada, Rise of the Silver Surfer seems to be a surprise drop.

While these characters aren’t in the MCU in any way, fans of the Marvel Studios films will want to watch Fantastic Four if they haven’t before, because playing the over-confident Human Torch is none other than Captain America himself, Chris Evans.

Are you looking forward to checking out Fantastic Four: Rise of the Silver Surfer on Disney+? Let us know in the comments!