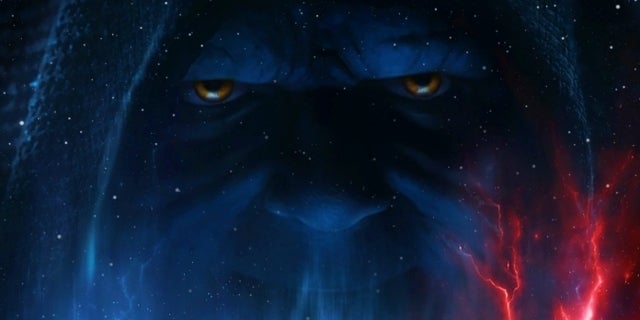 Ahead of the release of Star Wars: The Rise of Skywalker, those involved with making the film kept a tight lid on its development, with the film’s release allowing them to speak more freely about the project, which includes co-writer Chris Terrio claiming it was Lucasfilm president Kathleen Kennedy‘s idea to have Palpatine return. Fans were first alerted to the villain’s return when the first teaser debuted back in April, though it wasn’t until the film hit theaters that we realized how integral the villain would be to the conclusion of the Skywalker Saga. Terrio may have confirmed it was Kennedy’s pitch, yet he didn’t reveal the specifics of Palpatine’s return being a demand or merely a suggestion.

“Kathy Kennedy and Michelle Rejwan had a clear plan for where they wanted things to end,” Terrio shared with AwardsDaily. “They had clear plans about certain narrative marks they wanted us to hit. They also gave us a lot of freedom within that. We knew that Rey and Ren were utterly key to this trilogy, but we also felt that there was no way that we were going to not find a path to redemption for Kylo Ren, the son of Han and Leia. We felt that right from the beginning, when [director/co-writer] J.J. [Abrams] established Kylo Ren in Episode VII, there was a war going on inside him and that he had been corrupted by something bigger than himself and had made bad choices along the way. J.J. and I felt we needed to find a way in which he could be redeemed, and that gets tricky at the end of Episode VIII because Snoke is gone.”

He continued, “The biggest bad guy in the galaxy at that moment seemingly is Kylo Ren. There needed to be an antagonist that the good guys could be fighting, and that’s when we really tried to laser in on who had been the great source of evil behind all of this for so long. That’s when we really started aggressively pursuing this idea that there is old evil that didn’t die. The source of the evil in the galaxy is this dark spirit waiting for its revenge and biding its time. The entity known as Palpatine in this version – his body died in [Star Wars:] Return of the Jedi – is patient and has been waiting. He dug his fox hole and has been waiting for his chance to re-establish his total domination.”

Fans were initially surprised at the reveal that Palpatine could be involved in this new trilogy, but, given how important he was for the first six films in the Skywalker Saga, the Lucasfilm exec clearly saw that the figure had to factor in somehow.

“Well, I can’t speak to Kathy’s overall intent. That was certainly discussed and was discussed before I ever came on,” the writer shared about Palpatine’s involvement. “Kathy had this overall vision that we had to be telling the same story for nine episodes. Although from the sleight of hand of Episode VII and Episode VIII, you wouldn’t necessarily know immediately that we were telling the same story. She thought it would be a very strong end for the ninth movie. This fits well with J.J. because he loves magic tricks. He will often talk in metaphors and magic tricks, and so in Episode VII and Episode VIII, you think you’re watching one thing but Episode IX tells you to watch more closely – you were actually watching something else.”

Terrio added, “When you rewatch the earlier films, things start to make additional sense. Ren and his devotion to the idea of his grandfather. The voice that he’s always heard in his head. The certain similarities between Snoke and Palpatine. The intention was that, by the time you get to Episode IX, you realize there were real reasons this is all happening. It all shows how this story is being fought cyclically through the series.”

Star Wars: The Rise of Skywalker is in theaters now.

What did you think of the character’s return? Let us know in the comments below or hit up @TheWolfman on Twitter to talk all things Star Wars and horror!