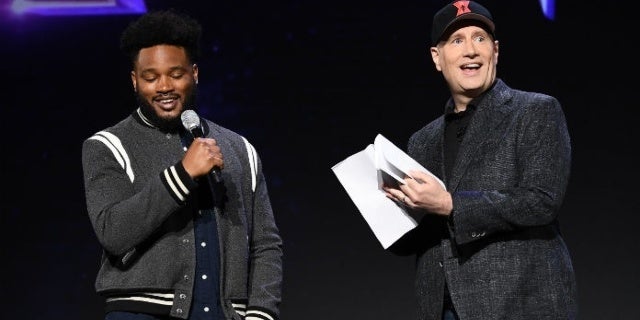 From the outside perspective for fans of the MCU, the process for a filmmaker becoming attached to a movie in the Marvel Cinematic Universe starts when a project gets announced and goes until a director shortlist is whittled down to one name. Internally though, it’s a longer process that actually starts in a really simple place. While appearing as guest speaker at the New York Film Academy, Marvel President Kevin Feige participated in a lengthy Q&A session where the subject of finding their filmmaker was brought up. As Feige revealed, it starts from a place of admiration for the studio, who take notice of what filmmakers are doing elsewhere and decide they want to bring that person into the fold.

“The criteria usually comes down to two things,” Feige said. “Do something that gets on our radar, and it doesn’t have to be a big giant movie. It can be a clever show, as in the case of the Russos; it can be a smaller film, in the case of Cop Car that Jon Watts, who did the Spidey films for us, directed; or The Rider, which Chloé Zhao, whose doing The Eternals, directed. Do something that showcases who you are and the potential of what you can do. Then we have a lot of meetings, and see if we’re on the same page creatively, see if this is somebody that we can spend day in and day out with for the next three years, which is important. But it really comes down to do something that makes a mark, regardless of the scope or the size and that seems to showcase how clever you can be, is what it basically comes down to for us.”

Some other examples of this is filmmaking duo Anna Boden and Ryan Fleck, whose small town crime-drama Mississippi Grind lead to them directing Captain Marvel; or director Taika Waititi, whose off-beat comedies What We Do in the Shadows and Hunt for the Wilderpeople lead to him revitalizing the god of thunder with Thor: Ragnarok and in two years make the character the only solo Marvel hero with a fourth film in their individual franchise with Thor: Love and Thunder.

What filmmakers or TV directors do you want to see Marvel Studios give a chance with a giant franchise? Sound off with your ideas in the comments below!